Disney Fan Challenge Crumbles After Renovations - Inside the Magic 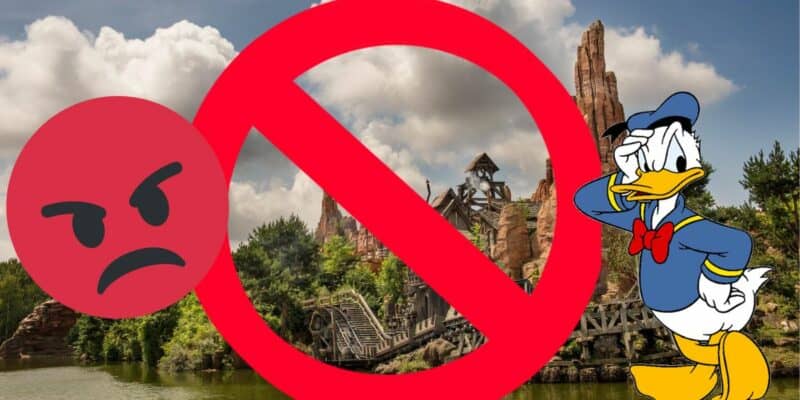 Disney’s fanbase is one of the largest and most vocal on the planet. From theme parks to movies, the fans have developed their own culture and practices regarding their favorite fixations. The Disney Parks have cultivated a very dedicated band of followers, many of which have lately been highly annoyed at their current state. However, a recent revelation concerning ride status might push a few over the edge.

Several of Disney’s most beloved rides and attractions are currently undergoing some much-needed maintenance, some of which will take a solid two or three months to get everything operational again. However, one set of scheduled closures will drastically alter the experience for some. This is, of course, necessary to keep the Parks functioning and operational, but permanent changes are already underway.  By January of 2023, only one member of Disney’s “Mountain Challenge” will be open due to renovations and re-theming.

For those unfamiliar with the term, the Mountain Challenge is a fan-created challenge applicable to all Disney Parks. The object of the game is to ride all the “mountain” attractions in the same day. Due to the layout of the different Disney Parks, there are multiple ways to play. Not including rides like Seven Dwarfs Mine Train and the Matterhorn Bobsleds, the core experience usually includes Space Mountain, Big Thunder Mountain Railroad, and Splash Mountain. However, that’s all soon to change by next year.

With the announcement of Splash Mountain’s closure for its upcoming re-theme to Tiana’s Bayou Adventure, Disney fans have been violently divided. Many have even orchestrated a petition to save the current attraction that already has thousands of signatures. Pair that with the closures of the other “Mountain” attractions, and the challenge is at risk of being completely dissolved. With only one remaining, Mountain Challenge vets are sure to have some reactions regarding the frequent changes.

Related: Yet Another Evacuation as Splash Mountain Decays Ahead of Closure

While the renovations are only temporary, the removal of Splash Mountain in favor of Tiana’s Bayou Adventure is sure to add fuel to the fire for fans who aren’t ready to say goodbye to the Briar Patch. Additionally, the literal removal of a mountain will undoubtedly illicit a very vocal response from longtime fans. While there are certainly more than enough rides to go around, altering traditions don’t come without consequences.

Have you done the Mountain Challenge? Tell us in the comments below!