Fans Reminisce About Rare Disney Currency - Inside the Magic 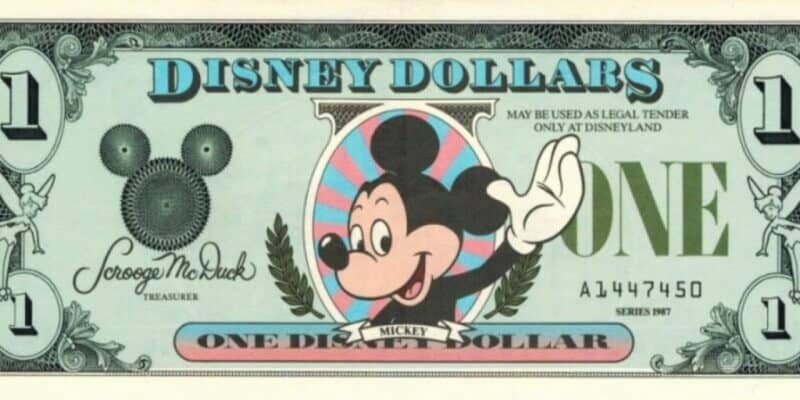 You might have heard of collecting items such as pins, Mickey ears, or Minnie ear headbands at the Disney Parks, but what about money? Did you know that before 2016, there was a special kind of currency you could use at the Parks, called Disney Dollars? With Disney Dollars, you could buy food, merchandise, and other items around the Parks.

Related: How to Earn More Disney Reward Dollars For Your Vacation

A recent Reddit thread posted by user Ordinary-Bee-6351 asked if others had heard of a certain currency that is no longer given out at Disney Parks:

Has anyone ever heard of or have “Disney Dollars?” Just received these from someone and haven’t researched yet, but figured worth a shot asking on here if anyone knew information about what these are for and if they have any monetary value.

One commenter, Mr_Weeble, gave an explanation for what this currency is:

Disney Dollars were a form of currency accepted in Disney Parks and stores. They used to give them out as part of packages (e.g. 7 nights + $200 spending for so much money) or you could buy them to give as gift or as souveneers. Now Gift Cards are used instead

They will still accept them at face value, however I believe that if you ebay them you will get more due to their collectability

Another user, blausueoath, explained that they had used one this year at the Park:

We used one that was accepted in HS in June 🙂 the cast member at the register hadn’t seen one before, but called her manager over and he said he hadn’t seen one in years but accepted it for part of our purchase 🙂

Related: Guests Are Fed Up With Disney’s “Money-Grabbing” Policies And Extra Charges

Other commenters shared stories about how they could get and use them when they were kids, and how the Parks and the Disney Stores would accept them as currency. Some commenters explained that there is an active collector’s market for these as well.

Additionally, the FAQ page on Disney World’s website confirms this:

Disney Dollars Are No Longer Available for Purchase

While Disney Dollars are no longer available to purchase, Guests may continue to use previously purchased Disney Dollars at Walt Disney World Resort, the Disneyland Resort and select Disney Store locations in the United States.

Have you ever heard of or used Disney Dollars before?