Celebrating Our Favorite Princess, Carrie Fisher - Inside the Magic 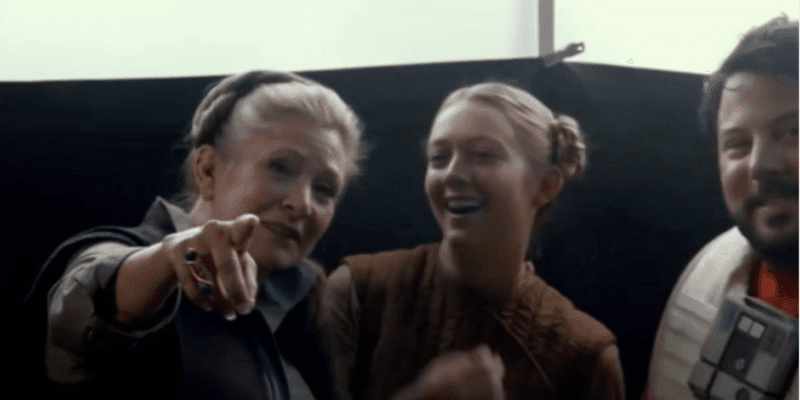 This week marks the six-year anniversary since our iconic Princess Leia, Carried Fisher passed away.

“It has been 6 years since my Momby died (feels like 2 but also like 705 at the same time?)” she wrote alongside a sweet picture of her and her mom.

She continues by saying, “Sometimes the magical moments can also be the hardest. That’s the thing about grief. I wish my Momby were here, but she isn’t. So all I can do is hold onto the magic harder, hug my kids a little tighter.”

Daughter of famous actress Debbie Reynolds (‘Singin’ in the Rain’ (1952), ‘Halloweentown’ (1998)), Carrie Fisher is best known for her portrayal of the iconic Princess Leia in the ‘Star Wars’ movies.

Carrie Fisher famously passed away from sudden cardiac arrest at the age of 60 in 2016, two days after Christmas. Her mother Debbie Reynolds died one day later at age 84, per CNN.

Many people have taken to social media, even now, six years later, to pay their respects to Carrie.

@nerdyhans writes: Nothing’s ever really over, just over there.”

“nothings ever really over, just over there.” -cff #carriefisher#starwars#debbiereynolds#wemissyou#fyp

From fans, to friends, to other celebrities, everyone continues to miss Fisher.

Since Disney took over Lucasfilm in 2012, the Star Wars franchise has slowly been saying goodbye to Han Solo, Princess Leia, and Luke Skywalker.

In their place we now have Finn (John Boyega), Poe (Oscar Isaac) and Rey (Daisy Ridley).

Carrie’s daughter ended her post by wanting others that are grieving to not bear the burden alone. “For anyone out there experiencing the reality of grief alongside the magic of life, I see you,” she concluded in her post. “You are not alone. Don’t ignore either. Life can be magical and griefy at the same time.”

Even six years after her death, we still miss you, Carrie. Thank you for an amazing trip across the galaxy.

Comments Off on Celebrating Our Favorite Princess, Carrie Fisher