Cast Members Honor Walt's Love of Trains - Inside the Magic 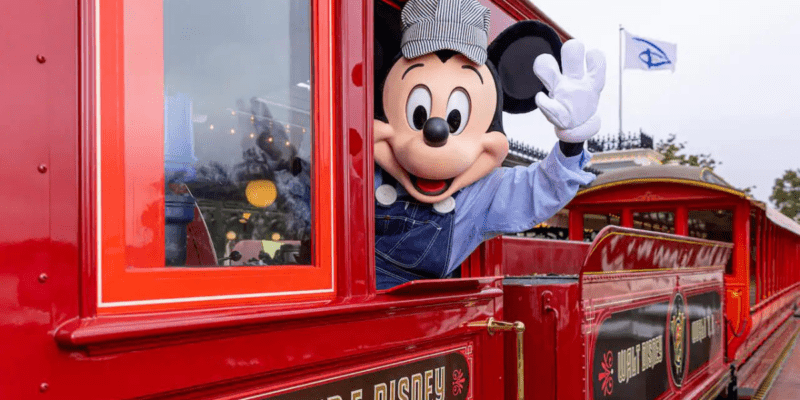 Disney fans were recently greeted with the exciting news that the Walt Disney World Railroad is officially returning just in time for the holidays. After years of being under repairs and refurbishment, the trains are ready to roll back into the station for eager fans to climb on board. To accompany this announcement, the Disney Cast Members celebrate Walt’s love for the railroad in their final preparations for the grand reopening.

Walt Disney had a particular affinity for trains and railroads that followed him in and out of the Parks. While he didn’t live to see the grand opening of his “Florida Project,” Walt’s love for riding the rails was still represented in the construction of the Walt Disney World Railroad at the Magic Kingdom. The 100-year-old trains have been a part of the overall Park experience ever since, and their absence since 2018 has been felt by countless Guests. Just before the company’s 100 Years of Wonder, the Disney Parks and the fans welcomed the Lily Belle, the Walter E. Disney, Roy E. Disney, and the Roger E. Broggie back to the Magic Kingdom. Of course, they aren’t the only ones who are happy to see them return.

The Disney Parks Blog recognized a Cast Member, known simply as “John,” who has been a part of the Walt Disney World Railroad for nearly 30 years. His job has been overseeing the restoration and return of the trains back to the Magic Kingdom. Joining the Parks at 17, the trains have been a key part of his career. Like Walt before him, his love for the railroad is what kept these vintage machines in working condition.

On the trains’ official return, John shared his thoughts and told Disney,

“You can see the excitement on kid’s faces as they see the train coming around the corner for the first time and hear its whistle. It’s magical, and an honor to introduce the next generation to the beauty of steam trains, carrying on my family and Walt’s legacy.”

There are thousands of fans like John whose Disney Parks experience has been greatly enhanced by the trains. There’s no better way to get the best views of the Magic Kingdom than by riding the entire circuit around the Park. Fortunately, fans can head to the station and catch their next scenic trip just in time for Christmas.

Are you excited for the trains’ return? Tell us in the comments below!