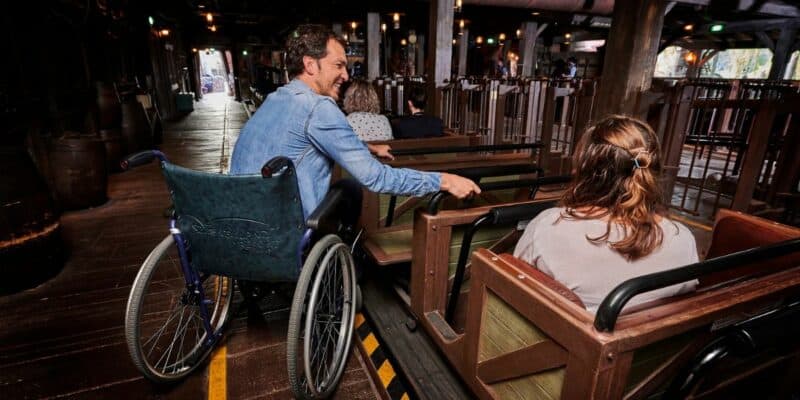 Disneyland Resort and Walt Disney World Resort offer Disability Access Service (DAS) – allowing Guests to virtually wait for rides instead of queueing on standby. Almost every line at the Disney Parks is wheelchair accessible, meaning that DAS primarily services Guests that cannot stay in crowded lines for other reasons.

For lines that aren’t wheelchair-friendly, Guests using mobility devices can ask for DAS return times even if they don’t qualify for the service overall. That was the case for one Disney California Adventure Guest, who wanted a return time for WEB Slingers: A Spider-Man Adventure.

Unfortunately, the Guest was never able to ride. They can stand and walk for limited periods but use a wheelchair while visiting the Disney Parks and need it for lengthy attraction wait times.

“I was asking about web slingers accessibility and the [Cast Member] literally said, ‘Well what’s wrong with you??? Bc if you can stand then you can stand in line,’” they recalled on Reddit under the username u/mxxdles.

“IT WAS SO RUDE,” the Guest continued. “Everyone with me was so flabbergasted that we ended up just leaving Avengers Campus.”

“I would never make an actual complaint about it since I don’t want the CM to lose their job,” the Guest said. “I’m sure it was just a long day.”

However, other Disney Parks fans recommended that the Guest say something, so it doesn’t happen to anyone else. “What this CM said was so incredibly inappropriate and out of line. I cannot imagine in what world they even thought that was okay,” u/girlwhoweighted replied.

Have you had issues with disability services at Disneyland or Walt Disney World Resort?