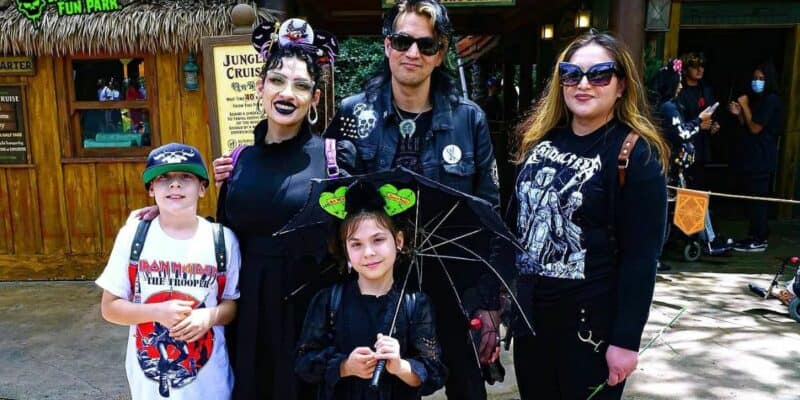 Credit: Bats Day in the Fun Park on Facebook

Calling all Goths and those in the dark subculture community – the highly-anticipated Bats Day event is returning to Disneyland next year!

For those unfamiliar with this day, it is not a themed dress-up day like Dapper Day, as those in the dark subculture community wear this style of dress every day.

This, however, is a convention event that takes place during an entire weekend once a year. It is dedicated to those whose background is in any of the dark subculture genres, including Deathrock, Goth, Industrial, Steampunk, Rockabilly, Psychobilly, Halloween, or anything in between. This event is meant for a time of spooky fun at Disneyland.

A new TikTok from @batsday announces the return of Bats Day to Disneyland in 2023!

This year’s Bats Day events will take place at Disneyland on May 7, 2023. Though specific details for next year’s event are not yet available, attendees can still expect a ton of fun. Typically, the first two days of this weekend are reserved for hotel events, some events will include a dinner and shopping experience with more than 60 vendors, and the last day is set aside for Disneyland for meetups and photo ops.

Bats Day in the Fun Park started almost 25 years ago in August 1999 as a collaborative event between the Goth/Industrial and Deathrock clubs, Absynthe and Release the Bats. Now, it has turned into a full-blown annual weekend event in Anaheim.

Bats Day used to be in August, as it was just a Park meet-up. This weekend would have been the first of Disneyland’s summer schedule in which the lowest Annual Pass tier would not have been blocked. Additionally, it was the last week that Disneyland would close at 12 a.m., rather than at 8 p.m. or 9 p.m., like some of the other seasons.

But, in 2008, the group celebrated the 10th anniversary of Bats Day with the event “Year of a Million Screams.” Organizers then moved the group’s event to November so attendees could see the Haunted Mansion while it was Haunted Mansion Holiday. But, in 2009, the group changed the annual month of this event to May, as August was too hot for these kinds of events, and May was much cooler.

For more information on this upcoming event, visit the Bats Day website.

Have you ever heard of or participated in Bats Day at Disneyland?