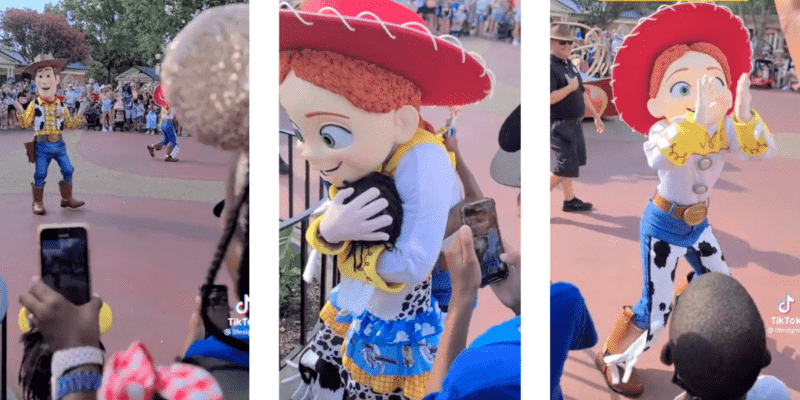 Amongst the many things returning back to Disney’s Hollywood Studios, many guests were thrilled to see the return of the Toy Story Meet and Greet featuring Buzz, Woody, and Jesse.

It was previously announced that Fantasmic! would be returning back to Disney’s Hollywood Studios in November, but that isn’t the only experience the Disney Parks have lined up. It was recently shown that the characters from Pixar’s Toy Story have officially made it back to Andy’s backyard as Buzz, Woody, and Jesse have been seen mixing and mingling about their Meet and Greet location. As wonderful as it is to see them again, they aren’t the same toys fans might be used to seeing. In fact, all three characters have received a major makeover.

Related: The Hidden Toy Story Land Detail You May Have Missed

Fans who have visited the Parks on a regular basis will immediately notice that Buzz, Woody, and Jessie all look incredibly different than they have during previous Meet and Greets. All three characters have received major face-lifts for a more movie-accurate look at the Parks. Whether they are face or fur characters, Disney has always strived to bring their beloved cast to life with impeccable accuracy, but the cast from Toy Story did have a slight hiccup in their original designs. Fans only have to look back at Woody’s enormous Easter Island head to notice the change in quality. The characters have much more lively expressions, as well as some wardrobe alterations as well.

Perhaps the most obvious change to the Pixar pals’ lineup is Buzz and his Space Ranger suit. Fans who are used to seeing Buzz on the space-aged streets of Tomorrowland will immediately notice that he’s slimmed down quite a bit. The old outfit was incredibly bulky and clunky to accentuate the character’s plastic exterior, but fans who attended Mickey’s Not So Scary Halloween Party this year caught a glimpse of the new and improved Buzz Lightyear. The new costume allows the performer a wider range of movement, therefore more interaction with the guests.

Regardless of whether or not the toys have received new and updated looks to their theme park counterparts, it’s honestly just a good sign to see more character interactions in the Parks. Whether it’s in Hollywood Studios, Epcot, or the Magic Kingdom, Guests are happy to see Andy’s friends return to Toy Story Playland for more fun outside the toybox.

What do you think of the toys’ new look? Tell us in the comments below!