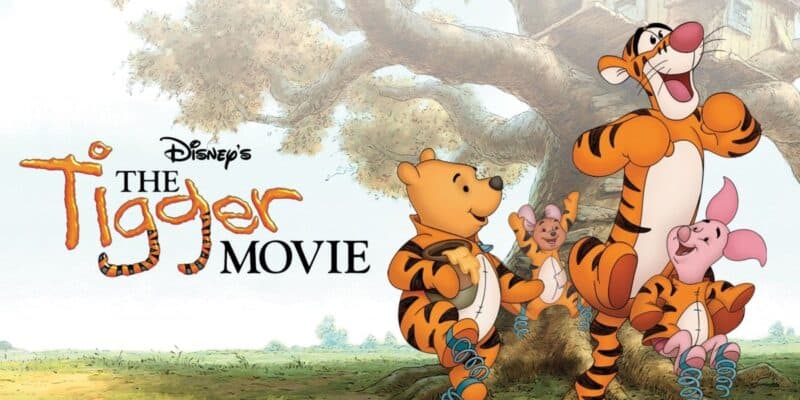 With the holidays fast approaching, families gathering together, and turkeys in the oven, many Disney fans might want to get cozy around the screen for something after catching the parade or rooting for whatever football team suits their fancy. Hundreds are instantly going to go for the Christmas movies before their first piece of pumpkin pie, Disney has one that’s perfect for the cozy season.

In 2000, Disney released The Tigger Movie, a journey through the Hundred Acre Wood where everyone’s favorite honey-guzzling bear takes a backseat to that striped ball of fun, Tigger. Needless to say, the film is as cute and cuddly as anything from Winnie the Pooh can possibly be. However, along with its cast of living stuffed animals, warm autumnal color palettes, and a soundtrack by the Sherman Brothers, the film also has several elements of play that make it perfect for a Thanksgiving binge-watch.

Those who have been washed in the waters of Disney already know that Winnie the Pooh and his many adventures are often deeper than audiences perceive. When one hears the words “the Tigger movie” they are correct in assuming that the film’s primary focus will indeed be on Tigger. However, there are several elements in this animated outing that fits perfectly with the Thanksgiving celebrations. Yes, it’s a movie about the constantly-bouncing stuffed tiger, but it’s also a movie about friendships, family, and what it truly means to be a part of one one. While Pooh and all his friends have their own Thanksgiving special, The Tigger Movie hits the audience in a heavier emotional weight.

The plot can best be described as Tigger’s fish out of water story. After being unable to find someone to bounce with, Tigger starts to think that “being the only one” isn’t all it’s cracked up to be, so he sets out to find someone else like him in the Hundred Acre Wood. Some mental gymnastics later, Tigger decides he needs to find his family tree and others of his species. While it might sound silly at first, Tiggers internal conflict is one that many people wrestle with, especially around seasons like Thanksgiving. However, as demonstrated by Pooh and his pals, sometimes family can mean more than a blood (or stuffing) relationship.

The film makes brilliant use of its setting, characters, and design to incorporate those cozy fall/winter motifs. The home of Pooh and the gang is certainly one many viewers would love to spend the holidays, and the franchise has been known to be cottagecore at its finest, but there’s much more to it than cuddly critters, catchy songs, and the Whoop-Dee-Dooper Bounce. At face value, the film is an animated romp through the Hundred Acre Wood with Tigger in the lead role, but it’s also an exploration of what it means to belong and how one’s found family can be the most safe and sound unit in their times of trouble.

Yes, the film can be exceedingly silly, but that doesn’t mean it isn’t without it’s deep moments. Many longtime Disney fans can site this flick as one of the most emotional experience’s in Pooh’s canon. While it would have been very interesting and bold of the studio to include a race of other Tiggers somewhere beyond the boundaries of the Hundred Acre Wood, the use of the found-family motif is one that resonates with countless viewers. While Thanksgiving might be a time for turkey and travels, what really matters is that sense of thankfulness and the people we share it with, regardless of their relation.

Would you watch The Tigger Movie this Thanksgiving? Tell us in the comments below.