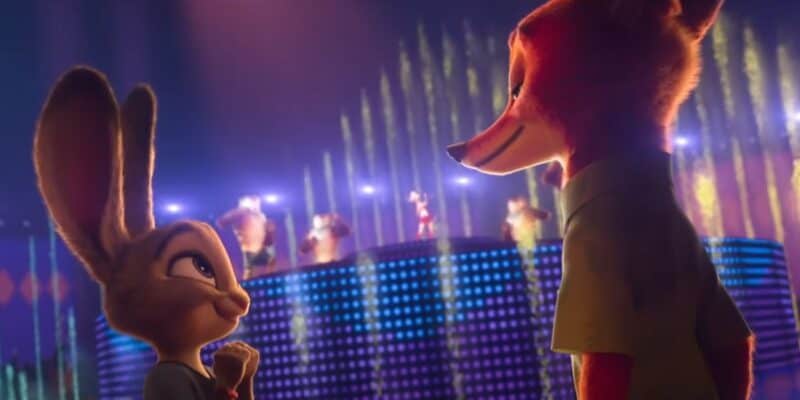 Zootopia+ stampeded onto Disney+ today, but many fans have noticed that Nick Wilde and Judy Hopps have stepped out of the spotlight to let the supporting cast take center stage. While the six episodes that make up the series have a whole new set of stories for fans to enjoy, Nick and Judy do have a few cameos thrown in for good measure.

Starting of course with the episode, “Hopp on Board,” the first entry in the series does all the right things a spinoff of a popular property should do. It introduces new material while throwing in a healthy helping of easter eggs to tide fans over. While Stu and Bonnie are chasing after their lost little one on the Zootopia Express, they encounter various characters from the original film, including Yax and Gideon. However, Nick and Finnick also make a brief appearance and can be seen working on their latest batch of Pawsicles as the truck tumbles through Tundra Town.

Related: ‘Zootopia’ Franchise Gets Its Own Spinoff

Apart from the premiere episode, Judy doesn’t make a full-fledged appearance again until “The Real Rodents of Little Rodentia” where, as she does in the feature film, she rescues Fru Fru from being squashed by the giant Donut while chasing down Duke Weaselton. Giving the bride-to-be a moment of clarity while she’s fuming at her cousin, she is unwittingly responsible for bringing about the episode’s resolution. After all, one act of kindness can certainly go a long way.

Unfortunately for the HoppsWilde fans out there, Nick and Judy don’t appear together until the end of the season finale, “Dinner Rush” but it does come with a very humorous addition as Sam the otter server from the episode trembles in the back seat at Flash’s driving. Picking up from the end of the original film, Flash and Priscilla are stopped by Nick and Judy while out on patrol. While the ending of the episode plays out identically to the film, Sam’s presence gives it a little extra laugh factor. While not exactly the amount of either character fans were expecting, it was nice to see them as a part of the series’ world.

In spite of having them featured on some of the artwork for the show, some fans might be surprised and a little let down to discover Nick and Judy weren’t exactly the stars of the show here, though they are in technically half the episodes. However, that doesn’t mean that Zootopia+ was a bust. In fact, the utilization of other characters from the film allowed Disney to tell different stories to build up this anthology of animal tales. Hopefully, budding interest in this new series will grow into even more demand for a Zootopia sequel.

What did you think of Zootopia+? Tell us in the comments below!