A Live-Action Remake of 'The Land Before Time'? Yes, Please! - Inside the Magic 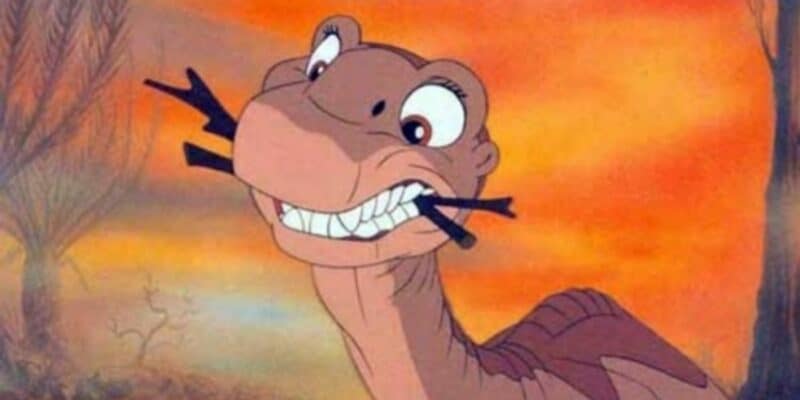 The Land Before Time (1988) is an animated classic that has captured the hearts of many over the decades. And despite the fact it’s not a Disney movie, it went on to inspire the likes of The Lion King (1994), as well as Disney’s first computer-animated feature film Dinosaur (2000).

Executive-produced by Steven Spielberg and George Lucas, and produced and directed by Don Bluth, the film spawned an entire franchise, with 13 direct-to-video musical sequels, a television series, video games, soundtracks, and countless forms of merchandise.

However, despite having so many sequels and other follow-ups, The Land Before Time is often overshadowed by Disney animated classics, largely those that dominated the ’80s and ’90s, such as The Little Mermaid (1989), Beauty and the Beast (1991), and The Lion King.

These three films, along with many other Disney animated classics, have since been re-created in live action (The Little Mermaid will be released in 2023), which have helped to popularize their respective franchises even more. But will The Land Before Time ever get a live-action remake?

While many fans of the beloved classic would be against such an idea, it would be wonderful to see Littlefoot, his friends, and the dark prehistoric world they inhabit, brought to life with the same technology used to turn The Lion King (2019) into a living, breathing photorealistic world.

When it comes to charm, there’s no contest between the remake and the 1994 classic, but that didn’t stop the new film from grossing over $1.6 billion worldwide. There’s even a new installment on the way, in the form of a live-action prequel titled Mufasa: The Lion King (2024).

With all that said, it’s unlikely The Land Before Time will get a live-action remake, largely because it isn’t a Disney movie. Not only that, but some view the computer-animated Disney film Dinosaur as a remake of sorts, as it has a very similar plot and setting.

For now, we’ll just have to make do with the original animated classic — which is in no way a bad thing. Deep down, though, we’d love to see a live-action remake of The Land Before Time, if only for an epic rendition of the film’s title track/score “If We Hold On Together” by Diana Ross!

As per Universal Pictures, here’s the official synopsis for The Land Before Time:

Embark on a journey into an enchanting prehistoric adventure with dinosaur pals Littlefoot, Cera, Spike, Ducky and Petrie in this acclaimed animated classic for the entire family.

In a long-ago age of rumbling volcanoes and perilous earthquakes, a young brachiosaurus named Littlefoot suddenly finds himself on his own. Setting out to find the lush feeding grounds of the legendary Great Valley, he meets up with four other young dinosaurs who agree to join his quest.

On their daring trek across a landscape filled with excitement and danger, the brave little band encounters hungry predators and daunting challenges as they discover new lessons in life and the importance of teamwork.

Presented by Steven Spielberg and George Lucas, with direction by Don Bluth (An American Tail), The Land Before Time is a brilliantly imaginative, delightfully animated tale of friendship, loyalty and love, certain to capture the hearts of viewers young and old.

Would you like to see a live-action remake of The Land Before Time? Let us know in the comments down below!