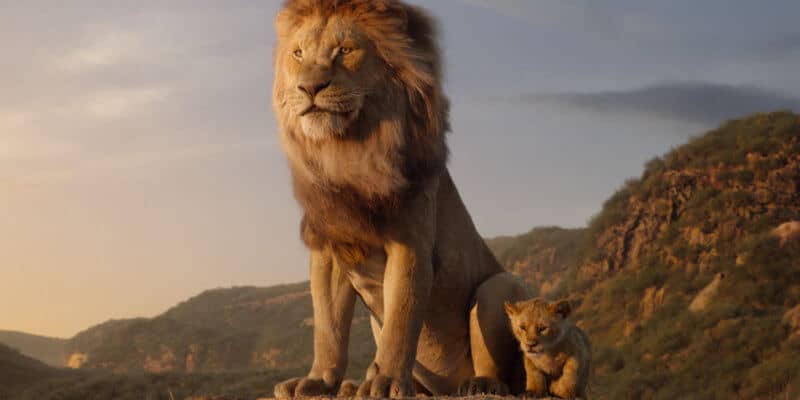 In 2019, Disney brought the world of The Lion King to life with its live-action remake of the hit 1994 film. The film was nearly a shot-for-shot remake, and fans could not get enough of the story of Simba and his path to becoming king of the Pride Lands. The film grossed more than $1.6 billion dollars — overtaking Frozen (2013) as the highest-grossing animated film — and in December 2020, Disney announced that it would be making a prequel film that would show fans the story of Mufasa and Scar as young brothers.

Now it has been revealed that Disney has finally cast both Scar and Mufasa! According to a report from Deadline:

The Lion King prequel is roaring into life. We can reveal that Waves and The Trial Of The Chicago 7 star Kelvin Harrison Jr. and The Underground Railroad star Aaron Pierre are set to lead voice cast.

Production is underway on the anticipated feature, which will see Moonlight director Barry Jenkins further explore the mythology of the iconic characters, including Mufasa’s origin story.

Pierre — who recently teamed up with Jenkins on Amazon series The Underground Railroad — will play Mufasa while Harrison Jr. is playing Taka. Additional casting is in process with plenty of big names likely.

The fact that Kelvin Harrison Jr. will be playing Taka shows just how far back the new prequel film will take viewers. For those who may be unfamiliar with the name, Taka was the name that Scar was given when he was born in the 1994 Lion King tie-in novel, The Tale of Two Brothers. While some may wonder why Scar decided to change his name because of the mark on his face, his original name shows just what his parents thought of him. Taka in Swahili most traditionally means dirt or garbage.

While the storyline for the prequel has not been revealed, there is a chance that Disney will even show us just how Scar received the mark that changed his name forever.

While Jon Favreau directed the 2019 remake, Barry Jekins will be taking over for the prequel, but the film will see the return of screenwriter Jeff Nathanson. Hans Zimmer who scored both the original 1994 film and the remake will also return for the prequel. Further casting has not been revealed at this time, but knowing Disney, fans can expect a number of big names to join the project.

Are you excited to see casting for The Lion King prequel coming out? Let us know in the comments!