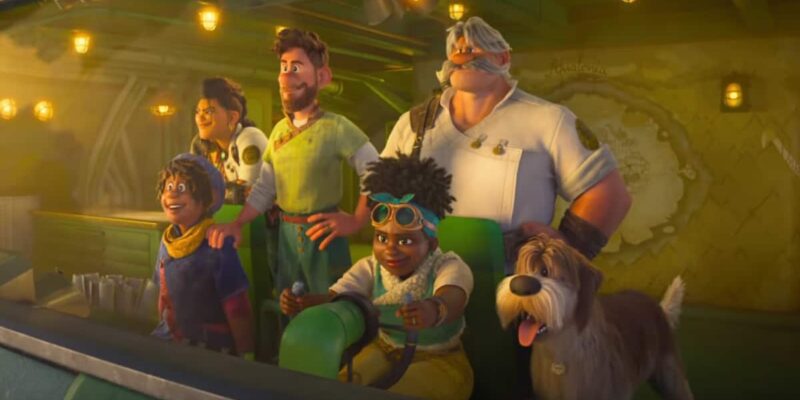 Disney announced today that starting tomorrow, November 4, Guests at Disney’s Hollywood Studios at Walt Disney World Resort will have the opportunity to get a sneak peek at the upcoming film from Walt Disney Animation Studios: Strange World.

Guests who visit the Park can get a special look at scenes from this film ahead of its official release to theaters on November 23.

In addition to the sneak peek at Hollywood Studios, this early look at the film will also be available soon to Guests at Disneyland Paris and Disney Cruise Line.

Here’s a look at what the film will be about, per Disney Parks Blog:

Walt Disney Animation Studios’ original action-packed adventure “Strange World” introduces a legendary family of explorers, the Clades, as they attempt to navigate an uncharted, treacherous land alongside a motley crew that includes a mischievous blob, a three-legged dog and a slew of ravenous creatures.

Disney also released a video about this news from two stars of the film: Jake Gyllenhaal, who voices Searcher Clade, and Gabrielle Union, the voice of Meridian Clade.

If you’re at Disney’s Hollywood Studios this month, go check out the sneak peek of this upcoming film! As for future visitors of Disneyland Paris and Disney Cruise Line, keep an eye out for date and location announcements for this exclusive look at Strange World.

Are you looking forward to seeing Strange World in theaters? Are you going to see the sneak peek as well? Let us know in the comments!