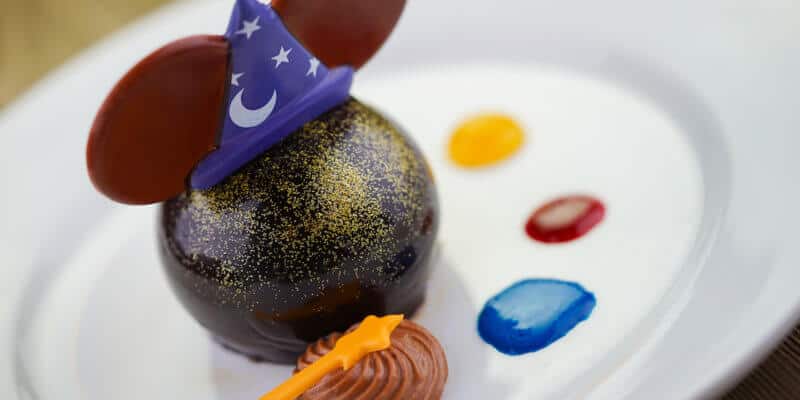 Over the last few months, more and more Disney Guests have been complaining about the quality of food decreasing at Disneyland Resort and Walt Disney World Resort as the prices keep soaring.

Disney has been getting backlash for this, yet this choice seems to have been on purpose. In November 2021, during Disney’s fourth-quarter earnings call, there was a discussion on how Disney could cut costs, which included reducing portions. Walt Disney Company CFO Christine McCarthy had even gone so far as to say that this would be “good for some people’s waistlines” as they visit the Parks.

Recently, this idea of reducing portions was proven, as a Guest at Disneyland’s Blue Bayou Restaurant was shocked to see how much the quantity of Disney food had gone down, in comparison to the price.

Reddit user pizgloria007 recently ordered the Layered Chocolate-Coffee Cake and was surprised at how small the cake slice actually was:

The 8-Layer Skinny Cake of the Caribbean. Now this is really where DLR is pinching a penny 😆

The 8-Layer Skinny Cake of the Caribbean. Now this is really where DLR is pinching a penny 😆 from Disneyland

When asked in the comments how much the cake cost, the original poster said that it was $10. They also added this about the experience:

We started laughing when this arrived. The pic does not do justice to how thin the cake slice is. Huge disappointment as we love cake, and happen to be well experienced with the concept of the cake slice, and what an adequate one should look like. A slither indeed.

The poster also pointed out that the picture was taken right after the server had placed the cake on the table. Additionally, they added that it wasn’t even great quality, but that it was “fine.”

Commenters were equally as baffled about the small portions, and several users, like PorgiWanKenobi, added in humor to lighten up a not-so-humorous situation:

Where’s that gif of starving Mickey slicing the thinnest slice of bread for goofy and Donald? I feel that’s appropriate

Some users, like ProfessorNo9139, shared experiences that reflected those of the original poster:

Oh man, I wish I had pics from my trip 2 weeks ago! My wife got the Monte Cristo, I got the half chicken, and my 8-year old got the kids steak meal.

My kiddos meal was, literally, 2 pieces of steak and 2 pieces of broccoli; The smallest meal I’ve ever seen from a restaurant, he left hungry and he has the lowest appetite I’ve ever seen. My “half chicken” was one boneless chicken thigh. My wife and I had a laugh out of it, but we will never go back!

And other commenters, such as ChitakuPatch, shared their experience eating at other restaurants at the Resort:

I stopped eating at Disney restaurants when I saw how badly the Lobster Nacho quality dropped at Lamplight lounge. Now I usually Do A Nice™ Dole Whip, coffee and maybe a rontoless wrap. Thats it.

It’s clear from these comments that there are still mixed feelings and experiences about the portion sizes at Disney. Though not very likely, Disney fans are still hoping that these changes will be reversed one day, so more Guests can enjoy the food in the Parks at a more affordable cost.

What do you think of these reduced portion sizes? Has this happened to you recently at one of the Disney Parks? Tell us in the comments!