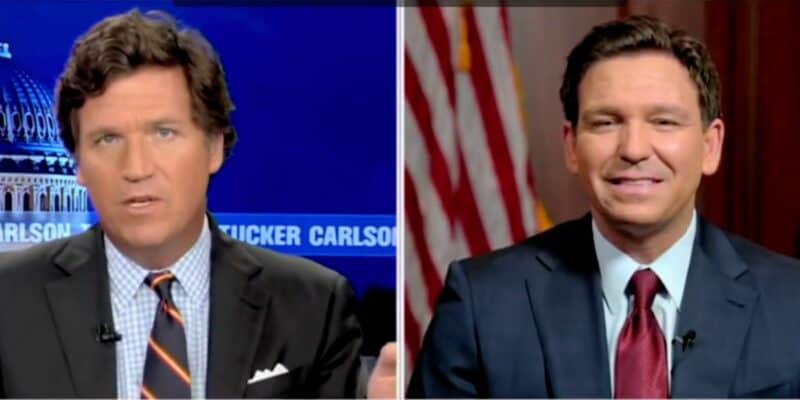 Gov. Ron DeSantis was interviewed by Tucker Carlson for an episode of Tucker Carlson Tonight on Fox News. In the interview, various things are discussed about The Wal Disney Company and the relationship between it and Florida.

DeSantis is also asked about Disney CEO Bob Oger’s recent statements regarding how Disney handled the “Don’t Say Gay” situation. A clip of the segment was shared on the official Twitter account of Gov. Ron DeSantis. You can check it out down below:

“We didn’t drag them in… they went in on their own, and not only opposed the bill, threatened to get it repealed,” Said the Gov. “They brought this on themselves… I don’t care what a Burbank, California-based company says about our laws.”

In a recent Town Hall held for employees, Bob Iger claimed he was “sorry” for the way it was handled, saying Disney was “dragged into battle.”

The Florida Gov. threatened to take away Disney’s Reedy Creek District in response to this, with plans to completely deconstruct the district still in the works.

Reedy Creek, which is controlled by The Walt Disney Company, can issue tax-free bonds, levy taxes, oversee land use and environmental protections and provide essential public services. This essentially allows Disney, and more specifically Walt Disney World, to act as its own government in a way.