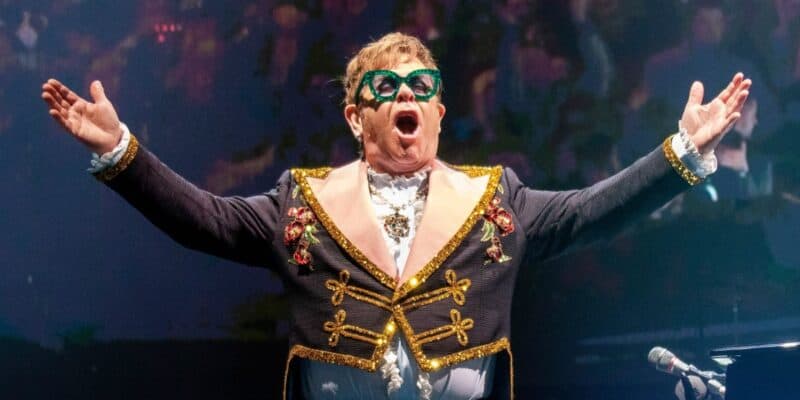 The holidays are on their way, and Disney+ is pulling out the stops with a slew of magical material ready to stream in the next couple of months. One of the most noticeable factors is the number of concerts and performances making it onto the platform in November and December.

Before 2022 is even over, Disney+ subscribers will be treated to a selection of live entertainment that they can stream at their leisure. Concerts from broadway stars, performances of iconic movie scores, and a live-stream farewell concert from one of the biggest names in the music industry are all at the top of Disney+’s marquee. Needless to say, fans will be in for an exciting arrangement of musical magic before the holidays have past.

By far, the biggest name coming to Disney+ is the farewell concert of the legendary Elton John. To say that the glamorous rock star has had a long and impressive career is a glorious understatement. From Empty Sky to Diamonds, John’s legacy as a performer is practically mythic after landing hit after hit after hit, and his grand finale lands in Dodger Stadium and Disney+ on November 21st. The live-streamed event is certainly to be one of the biggest events on the platform of 2022.

Idina Menzel: Which Way To The Stage

While she might better be known to Disney fans as the voice of Queen Elsa of Arendelle, Idina Menzel has had a phenomenal career on stage and screen, and this Disney documentary brings the performer to Madison Square Garden for an unforgettable concert. Following her beginnings before her stage debut in the original production of Rent before her long-awaited performance at the Garden, the documentary trails Menzel’s story and preparation before stepping out onto the stage for a grandiose concert event. Streaming December 9th, fans will be treated to a phenomenal and intimate look at the process and performance of one of Disney and Broadway’s biggest voices.

Encanto At The Hollywood Bowl

The Hollywood Bowl has played host to a number of Disney concerts, but Encanto is one that comes with a certain special sort of hype. Though it was the subject of some recent controversy surrounding “Bruno’s” absence, the music and lyrics of Lin-Manuel Miranda’s magical musical about the family Madrigal comes to life in a live performance with a full cast and orchestra. Fans of the animated film will undoubtedly be stoked to enjoy the songs and score presented this way, but they’ll have to wait until after Christmas to visit Casita again, as the special doesn’t premiere till December 28th.

Are you excited for these upcoming concerts and performances? Tell us in the comments below!