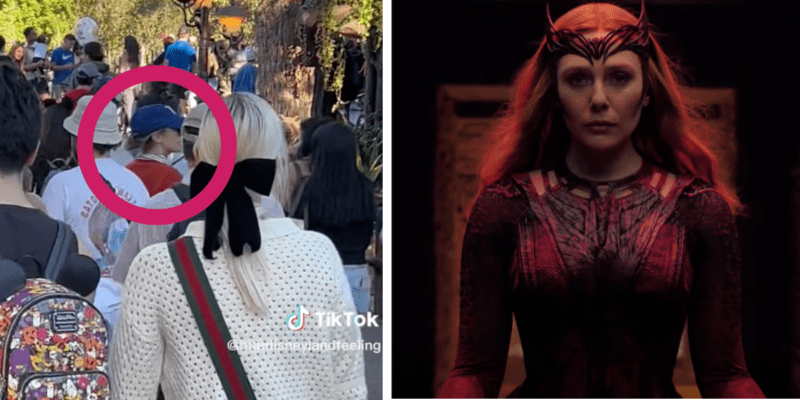 A Marvel Cinematic Universe (MCU) legend has been spotted at Disneyland Resort!

“That’s definitely her,” the fan exclaims but doesn’t approach or address the star directly. If it was Elizabeth Olsen, she was well-disguised in sunglasses, a LA Dodgers hat, and tightly tied-back hair. Someone resembling Olsen’s husband Robbie Arnett, with whom she cowrote the children’s book “Hattie Harmony: Worry Detective,”  walks closely behind the guide.

Directed by Matt Shakman and written by Jac Shaeffer, this unique MCU Phase Four series took a sitcom spin on the MCU. From Marvel:

Have you ever seen a celebrity at Disneyland Resort?