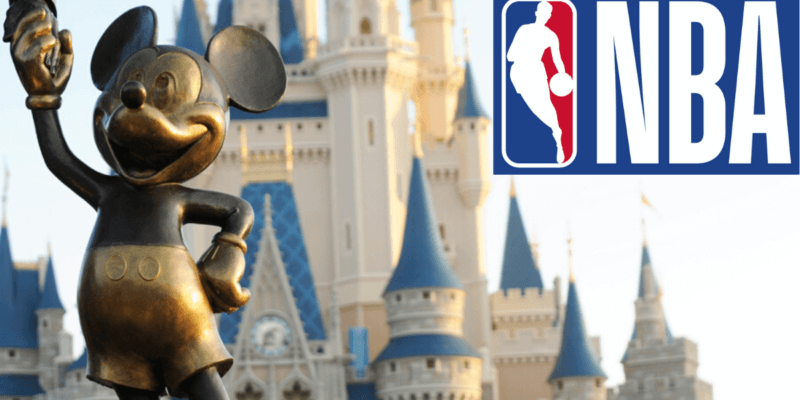 This past week, it was announced that the Walt Disney World Resort renewed its community sponsorship agreement with the NBA team Orlando Magic. Through their agreement, both brands have also recommitted to supporting their local communities in Florida with continuous acts of charity.

Related: How The NBA and MLS Bubbles Came to Disney World

This renewal signifies these two brands’ long and successful partnership, which began in 2010 when Disney became Orlando Magic’s Champion of the Community sponsor. Then, in 2017, Disney became the Magic’s jersey sponsor.

This relationship between the two organizations will be displayed to fans via the Magic players’ jerseys, which contain the Disney logo. This branding will appear as it had previously- on the front left of the jersey, approximately 2 1/2 by 2 1/2 inches. The jerseys will be available for fans to buy at the Amway Center.

Related: NBA Experience Will Not Reopen at Disney World

Besides the logo on the jerseys, the Disney influence will continue to be seen throughout the arena, which will include the Disney Atrium, as well as select seating and hospitality areas during some of the Magic’s home games.

Over the years, the Walt Disney World Resort and the Orlando Magic have been working side by side on various community projects, which include the Orlando Magic Recreation Centers and sponsorship of the OMYF Open golf tournament.

Through this partnership, these organizations can better reach their fan bases, optimize marketing strategies, and continue to promote the Central Florida region as the prime location for global sports.

Here’s what these organizations had to say about this incredible partnership continuation and dedication to the community. Jeff Vahle, Walt Disney World president, said,

“The Orlando Magic and Disney have much in common, and it’s reflected in our hometown team’s name. We are excited to extend this relationship and wish them a great season.”

“The Orlando Magic are thrilled to announce an extended agreement with our longtime friends, Walt Disney World Resort. The extension represents a continued shared commitment to both the local community and creating magic for fans and guests alike. As pillars in the Orlando community, we are proud to represent the City of Orlando and all those who call ‘The City Beautiful’ home.”

Are you a fan of the Orlando Magic? What do you think of this partnership? Tell us below!