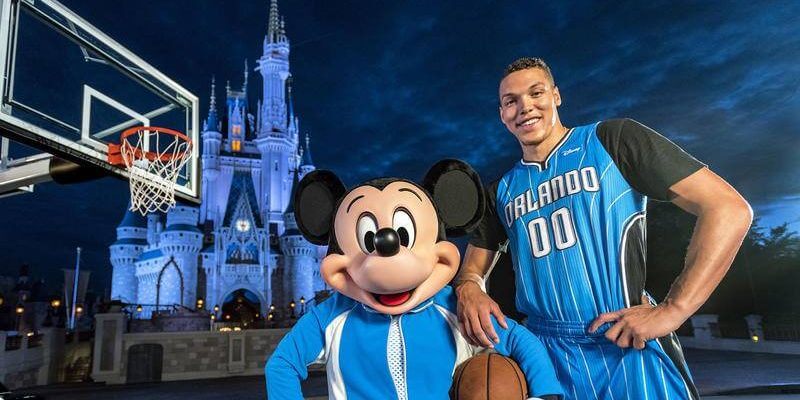 In what seems like an inevitable partnership, the Disney logo is officially going to appear on jersey for the Orlando Magic game jerseys.

The NBA has started a pilot program placing ads on their jerseys, and starting in the 2017-18 season the Disney logo will appear on a 2½-inch-by-2½-inch space on the front left of Magic jerseys. The Magic are the eighth NBA team to announce this kind of jersey sponsorship. “We’re incredibly pleased that we’re able to find this opportunity with the most iconic brand in our community but also a multi-national brand,” Magic CEO Alex Martins told the Orlando Sentinel.

Expect to see Disney magic on the jerseys for the next three years. The league will decide whether or not to continue the program after the 2019-20 season. Fans who purchase or renew their Annual Passes at the Amway Center will receive one of the new Orlando Magic jerseys with the Disney logo — a perk that lasts throughout the Disney-NBA partnership.