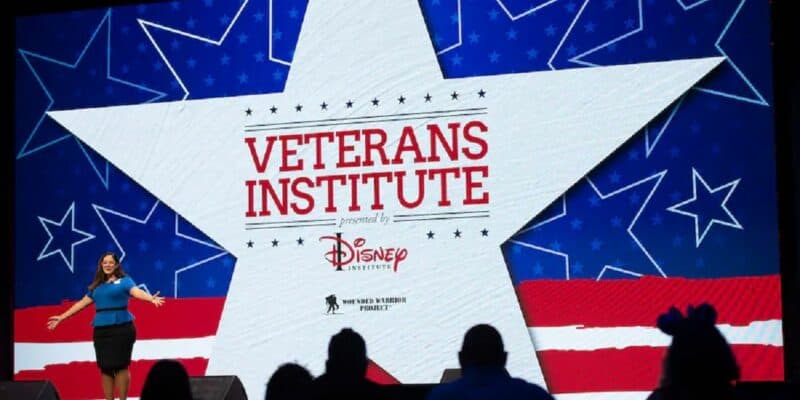 Today is Veterans Day, a time when we reflect on all the contributions of those who have bravely served in the U.S. Armed Forces. Even the month of November, also known as National Veterans and Military Families Month, is dedicated to our Armed Forces.

The Walt Disney Company has always been supportive of the military since its founding, and even Walt and Roy O. Disney served in World War I.

However, Disney has shown time and time again that it does not just honor the bravery of these veterans on November 11 or during the month of November alone, but year-round.

Disney holds events honoring veterans several times a year, and even daily in some cases. For instance, at the Magic Kingdom and Disneyland Park, there are daily flag retreat ceremonies, where Cast Members in the military are honored and celebrated for their incredible contributions to the military, as well as to the Walt Disney Company.

Though each of these occurrences is special and meaningful, there were a few instances of these events that recognized individuals who were truly inspirational. For instance, Magic Kingdom honored a World War II veteran who was at the D-Day operation in Normandy back in 1944.

And at Disneyland, Lance Cpl. Dylan Ryan Merola was honored as a fallen Marine who sacrificed his life at Kabul International Airport in Afghanistan to protect others. His family was presented with the Navy Achievement Medal to honor his valiant, heroic efforts.

Back in August, Disney hosted the 2022 Department of Defense Warrior Games. This event saw hundreds of military athletes from the U.S. and allied countries who came together to compete. According to the Disney Parks Blog,

This inspiring event celebrated the resiliency and dedication of wounded, ill, and injured active duty and veteran U.S. military service members as they competed in a variety of adaptive sporting competitions.

In addition to this incredible event, it’s also time to celebrate the tenth anniversary of the Heroes Work Here program, which has enabled the Walt Disney Company to hire more than 12, 500 veterans since 2012. In addition, the Veterans Institute Summit returned on August 19 and 20 this year. This summit, presented by Disney Institute and the Wounded Warrior Project, was an opportunity for organizations to share ideas about how best to build better programs to hire veterans.

What better way to celebrate our veterans than with music? There were plenty of military bands who played at the Parks this year, such as “Airmen of Note,” a jazz band from the Air Force, and the West Point Glee Club at Disney Springs.

And back on October 7, the U.S. Air Force Thunderbirds demonstration team held a flyover of Magic Kingdom Park, showing their beautiful, flawless formations to help inspire an even greater appreciation of the U.S. military.

Thank you, veterans, for your service to this country. Today and throughout the year, we honor you for all your heroic efforts and sacrifice.