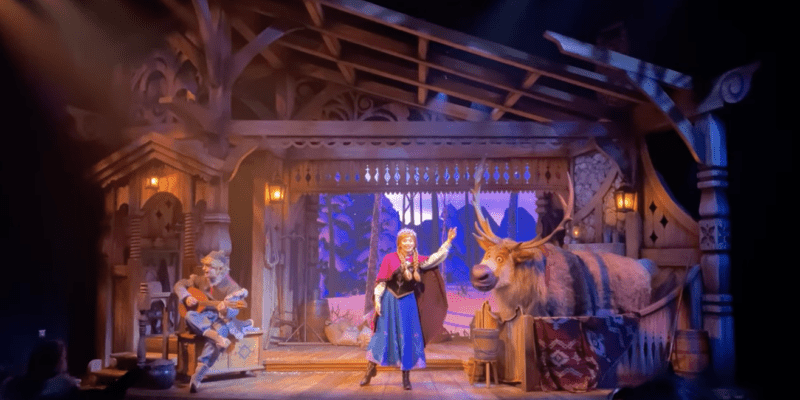 If you’ve ever spent any amount of time inside the Disney Parks, then you know that things are always changing.

From brief refurbishments to brand-new rides, there’s always something new to look forward to when visiting. While this is a great aspect of the Parks, this means that some attractions may be unavailable for you during your trip.

While slightly annoying, this is just a harsh reality of visiting Disney. To take things to the international Parks, one very unique attraction is closing for nearly a whole month.

As of November 14, this attraction has been closed down for a “scheduled break.” However, Guests will be able to enjoy this experience once again starting December 16.

The show has proven to be very popular among Guests of all ages, with Disney even warning to arrive early to make sure you get a seat.

“Be prepared to unleash the magic that lies within you on an enchanting Frozen journey that takes you to Kristoff’s barn. Along the way, you’ll join Sven and Kristoff for a rendition of a classic reindeer tribute, master Anna’s magical dance moves in time to surprise Elsa in her Ice Palace during a joyful rendition of Let It Go,” states Disney. “There’s even the chance to see Olaf in this heartwarming adventure for the whole family.

In terms of “new” experiences, Disneyland Paris recently welcomed its own version of Avengers Campus at its Walt Disney Studios Park.