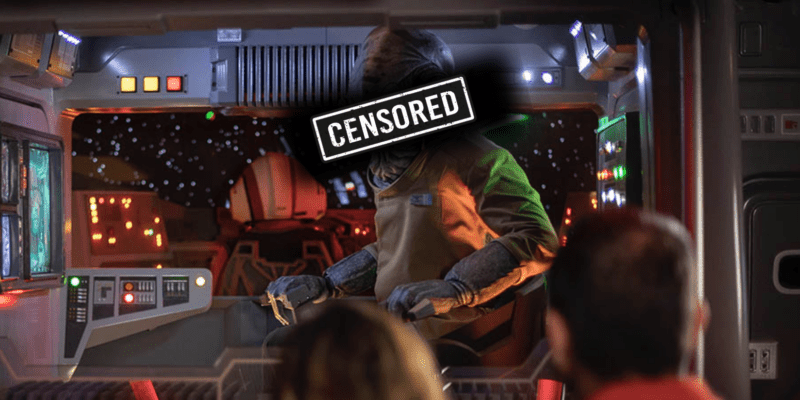 At Walt Disney World Resort, there are a ton of attractions that Guests flock to every day. At Magic Kingdom, Seven Dwarfs Mine Train, Splash Mountain, and Big Thunder Mountain are among some of the more popular attractions. At EPCOT, Test Track and Frozen Ever After tend to see long lines. At Disney’s Animal Kingdom, Kilimanjaro Safaris, and Flight of Passage tend to accumulate massive waits. And of course at Hollywood Studios, Guests can experience Tower of Terror, and Slinky Dog Dash.

But by far the most popular attraction can be found on Disney’s fictional planet of Batuu.

Opened in 2019, Disney’s Star Wars: Galaxy’s Edge is an immersive land that encapsulates everything Star Wars, that is, everything in Disney’s Sequel Series.

The land contains a ton of places to shop and eat, but of course, the main attraction is the attractions.

By far, the most popular attraction is Star Wars: Rise of the Resistance, an immersive experience that combines multiple ride systems into one incredible experience. Here Guests encounter Kylo Ren and a ton of First Order Stormtroopers as they engage in a dangerous mission.

However, not everything goes perfectly and Guests are captured, leading to an even more exciting and thrilling experience. Unfortunately, one portion of this experience has been damaged.

Related: Nearly 20% of Guests Go Into Debt From Disney Vacations, Will Prices Ever Settle?

A photo was shared online recently of Luitenant Beck during the moment Guests are transported to a First Order Star Destroyer. During this “scene,” blaster fire surrounds Guests on two screens as Kylo Ren attempts to stop them altogether.

Here, Luitenant Beck pilots the ship, acting as the leader of this mission alongside Poe Dameron. However, it appears as though Luitenant Beck could use a neck lift as a huge hole could be seen on the animatronic figure. You can check out the photo below, but just a wanting, it may ruin the “Disney magic”:

Looks like Lieutenant Bek got hit by a stray blaster shot today..

Looks like Lieutenant Bek got hit by a stray blaster shot today.. from WaltDisneyWorld

As you can see, there’s a massive hole in Luitenant Beck’s neck, one that seemingly came out of nowhere. We arent sure how this happened, but it certainly affects the overall immersion of this attraction. Hopefully, Disney can fix it quickly.

Star Wars: Rise of the Resistance at Disney World