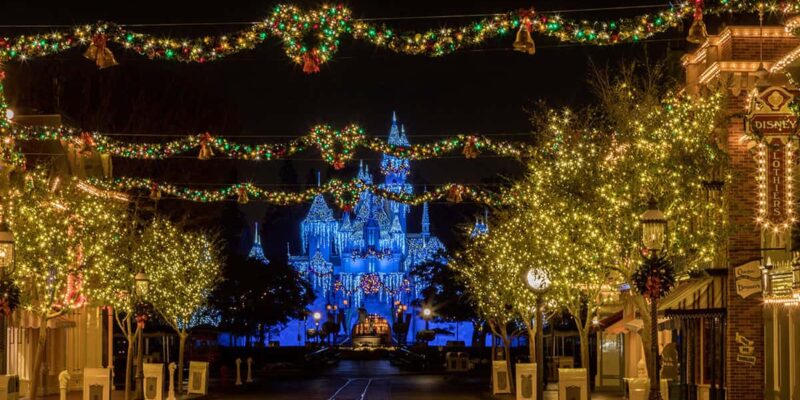 Some Disney Park Guests aren’t happy with what they’re seeing during the Holiday season.

Spending the holidays at Disneyland Resort and Walt Disney World Resort can be the most magical time. Between riding attractions, enjoying special shows, meeting characters, and enjoying limited-time snacks and merchandise, there is so much to see and enjoy.

However, that doesn’t mean everyone is impressed with what they’re seeing.

One Guest visiting Disney California Adventure said they were disappointed with the lack of decorations they saw around the theme park.

The Guest said that most of the decorations were “not lit” and that “many are cheap and uninspired.”

“Disneyland/DCA has really failed on decorations for the holidays. I’m standing in DCA and of what few decorations there are, most are not lit. Many are cheap and uninspired.”

Disneyland/DCA has really failed on decorations for the holidays. I’m standing in DCA and of what few decorations there are, most are not lit. Many are cheap and uninspired. Why? from Disneyland

While some Guests have noticed the same thing, many others were quick to point to Radiator Springs and the area around Grizzly River Run, where they say there are some really cool decorations.

Though some Guests may still feel as if the decorations are “cheap” and not as magical as before, it should be noted that Disney has done more this year at its theme parks than either of the past two in terms of decorating.

Of course, next door at Disneyland Park, the Christmas decorations are out in full swing and you can see Sleeping Beauty Castle transformed, as well as many other breathtaking sights on Main Street, U.S.A.

Across the country at Walt Disney World Resort, each theme park– including Magic Kingdom, EPCOT, Disney’s Animal Kingdom, and Disney’s Hollywood Studios– has its own unique Holiday decorations.

Mickey’s Very Merry Christmas Party is completely sold out, but that doesn’t mean there aren’t other Holiday experiences that you can partake in, including the EPCOT International Festival of the Holidays. Disney brought back the beloved decorations in Toy Story Land at Disney’s Hollywood Studios, as well.

What do you think of the Holiday decorations at Disneyland? Let us know in the comments.