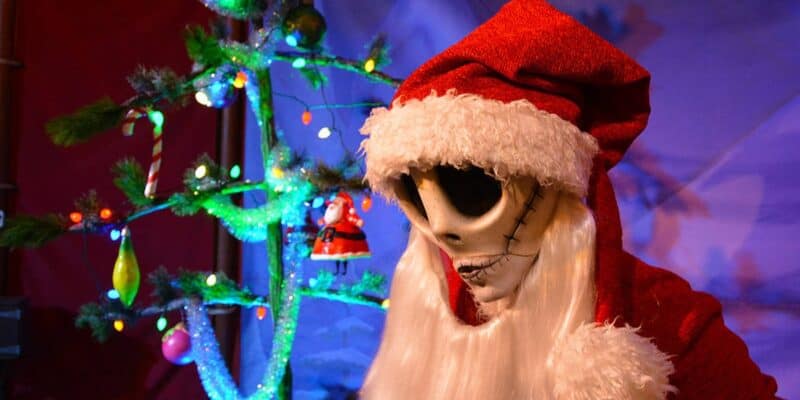 Character Meet and Greets are an essential component to most Disney trips, visiting during the holidays make these interactive experiences only that much more magical as Mickey, Minnie, and all their friends are looking festive as they’re decked out in their Christmassy best.

The holidays at the Disney Parks are home to a season of unique experiences that can only be enjoyed while visiting during November and December. Along with a long list of celebrations and special events, this season’s character Meet and Greets also come with a festive flavor as well. Fans’ favorite faces of the large and small screen are ready for Christmas as they gear up in some delightfully whimsical attire and costumes. There are the traditional, year-round characters out and about, but some of these Meet and Greets can only be seen during Mickey’s Very Merry Christmas Party, and there are a few that stand out above the crowd. Such notable examples include:

No trip to any Disney Parks could ever be complete without a hug from Mickey and Minnie, and they can be found in multiple locations across Park property. However, the holidays see them don cozy Christmas sweaters or festive formal wear for both regular Meet and Greets and Mickey’s Very Merry Christmas Party. As traditional as a Meet and Greet with Santa Claus himself, Mickey and Minnie never miss an opportunity to mingle with Guests.

Just a couple of crazy rascals out to have some fun, Chip and Dale don’t mind getting a little nutty during the holidays. Like many roaming characters seen in the Parks, interacting with them is more-or-less on a random basis. However, they have been seen running around Hollywood Studios dressed in red and green to celebrate with the rest of Tinseltown.

Though he isn’t a Meet and Greet Character, an honorable mention has to go to EPCOT’s favorite purple dragon. Figment has been seen with a blue EPCOT-themed Christmas sweater on Journey Into Imagination.

While his attraction isn’t the only one to receive some festive holiday decor, it’s interesting to see the ride’s mascot get a little special treatment to get into the spirit of the season.

There are multiple places to meet Santa Claus across multiple Disney Parks, but seeing Goofy don his gangly Santa suit for Mickey’s Very Merry Christmas Party is certainly a sight. Goofy is always a delightfully silly character Meet and Greet, but the image of the over-sized Santa outfit hanging off his lanky frame is truly worthy of one of his many cartoons. Primarily seen at the Christmas party, Santa Goofy has also been seen in parades and special events as well.

Goofy isn’t the only character to don a Santa suit this time of year, as Jack Skellington slips into his Sandy Claws outfit in time for Mickey’s Very Merry Christmas Party. Guests able to venture to the Town Square Theatre during the celebration will be able to meet with both Jack and Sally as they would during Mickey’s Not-So-Scary Halloween Party, though with a more festive twist. It’s a fun look, and completely appropriate for the season, with or without the event.

Mickey’s Christmas Carol is a time-honored tradition for many Disney fans, and even the Parks take notice of it. Case in point, both Donald and Scrooge McDuck have been seen together during the Very Merry Christmas Party.

Related: Christmas at Disney: Holiday Events Available to ALL Guests

While Donald dons simple Christmas-themed attire, Scrooge’s outfit is reminiscent of both his DuckTales look and his role of Ebenezer in the animated special. Either way, it’s an excellent serving of Disney fan-service.

Along with her gal pal, Minnie, Daisy also embraces her inner fashionista by attending the Very Merry Christmas Party in full-on holiday attire. While arguably not as popular as some of the bigger names on the guest list, Daisy is still a member of the core Park Characters and always makes a statement with her appearances. With that in mind, she’s still a prominent figure on many Guests’ checklists.

No Christmas is complete without toys under the tree, and Woody, Buzz, and Jesse are ready to deck the halls at Hollywood Studios in their holiday gear. It’s a simple approach compared to some of the outfits donned by characters like Chip and Dale or Goofy, but it’s fun to know that characters are getting into the spirit outside the Magic Kingdom. Sometimes, few vest and a Santa hat can make a world of difference.

Pooh and His Friends

No characters embody coziness and comfort better than Winnie the Pooh and his friends from the Hundred Acre Wood. Donning winter attire in front of the Many Adventures of Winnie the Pooh attraction in Fantasyland, Pooh, Piglet, Tigger, and Eeyore are all warm in their colorful scarves and ready to welcome in the Holidays with all their visiting friends. As demonstrated by the Toy Story cast, sometimes the simplest approach is the most effective.

Who have you seen during the holidays at the Disney Parks? Tell us in the comments below!