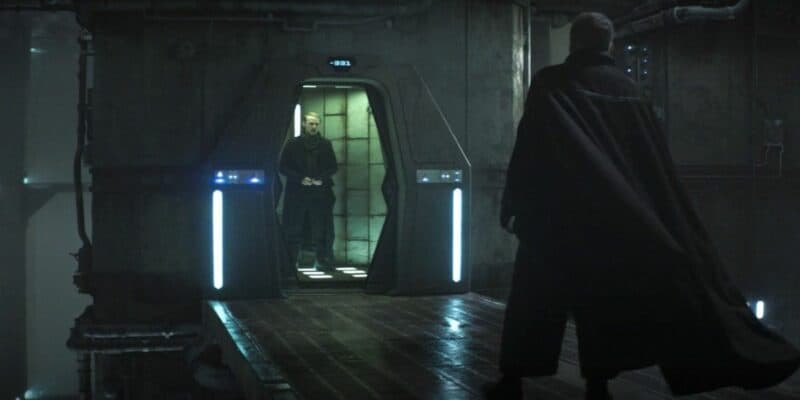 While fans are more familiar with Coruscant’s beauty with an endless view of glistening skyscrapers, the city descends into thousands of levels. The farther down you go, the beauty of the surface world is replaced with neon lights, dark alleyways, and many people hiding.

Star Wars has failed to explore this part of Coruscant as most stories tend to focus on the Jedi Temple or the Senate, leaving little space to see the criminal underworld of Coruscant. Now, Andor gives fans a small taste of what it looks like in Andor Episode 10, “One Way Out.”

Before Andor, it had been seventeen years since fans last saw Coruscant in live-action, leaving fans happy to see the fan-favorite planet again. Originally, the planet would’ve appeared in the original script for Star Wars: Episode IX, but when Colin Trevorrow left the project, JJ Abrams changed the entire script.

George Lucas planned to explore this side of Coruscant in some of his projects. Before Disney acquired Lucasfilm, Star Wars had a video game dedicated to exploring the depths of Coruscant called Star Wars: 1313, but that was scrapped.

In an interview, Tony Gilroy mentioned that Andor used some of George Lucas’s ideas to visually show the lower levels of Coruscant due to the number of ideas he had available at Lucasfilm. Star Wars Holocron shared the news online for fans:

Tony Gilroy on Coruscant in #Andor & George Lucas’ unmade show: “George Lucas worked on a project for a decade that was lower Coruscant. I think it was a film and a series and a video game. There’s an incredible amount of work that went into lower Coruscant”

“George Lucas worked on a project for a decade that was lower Coruscant. I think it was a film and a series and a video game. There’s an incredible amount of work that went into lower Coruscant”

Even though the lower levels of Coruscant were briefly shown, fans will, of course, hope to see some project dedicated to exploring the depths of Coruscant. With George Lucas’s show never being made, this would be one way to win back fans to Star Wars, as it would be great to actually see the criminal elements of Star Wars in live-action.

The Book of Boba Fett may have tried to do this but failed to focus more on the criminal side as Temuera Morrison’s Boba Fett wasn’t a Bounty Hunter anymore. A series like this could really help bring in more iconic characters in Star Wars, such as Bossk, Dengar, IG-88, or even Hondo Ohnaka. The Syndicates and the Cartels could have a more significant influence and would be very different from anything in Star Wars media.

Do you think Star Wars should create a series set in the lower levels of Coruscant? Let us know what you think!