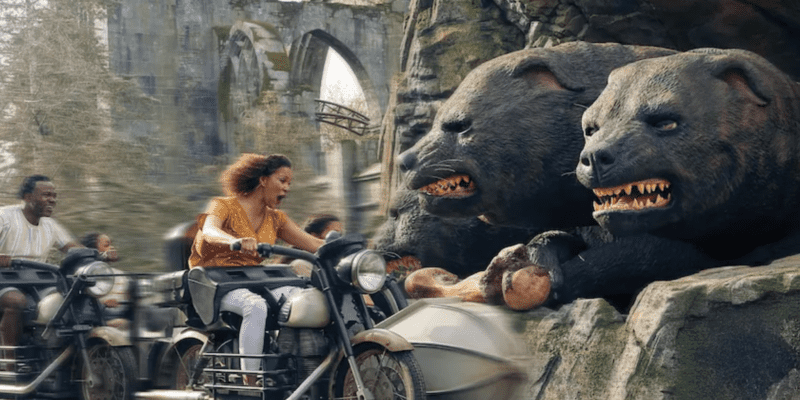 While some families who homeschool or send their kids to private schools have more flexibility, most Theme Park Guests visiting during “off-times” take their kids out of elementary, middle, and high school to travel. It’s a hot topic online, as some parents feel it encourages dodging responsibility, while others think family time is worth any missed assignments.

Recently, an American Universal Orlando Resort visitor visited Reddit to ask other families, particularly non-Americans, if they took their kids out of school for vacations. “If I were to take my child out of school for a week a few days, and they knew we were doing something like this it would be considered unexcused and my child would lose the ability to make up any work and their grades would be affected. In some cases, in some states, they have truancy rules about how many days a child can miss in a school year,” u/ueeediot explained.

A Theme Park fan from the United Kingdom explained that their schools permit no absence other than illness or specific family circumstances, like funerals. But many will take the opportunity anyway, either lying or paying a required fine to the school.

“Most families simply take the child out anyway and phone in with an illness for a week. If they’re found out, however, there’s a pretty hefty fine for unauthorized absence,” u/HearThePeopleSing wrote. “The fine doesn’t cover the difference in flight prices between term time and school holidays though, so sometimes families just take it.”

“Such a minor fine is totally worth paying vs the cost of going during peak times,” u/NotaSirWeatherstone agreed.

“Our district considers vacation unexcused, but they’re still allowed to make up tests and turn in work,” another fan said.

What do you think? Should parents take kids out of school for vacations?