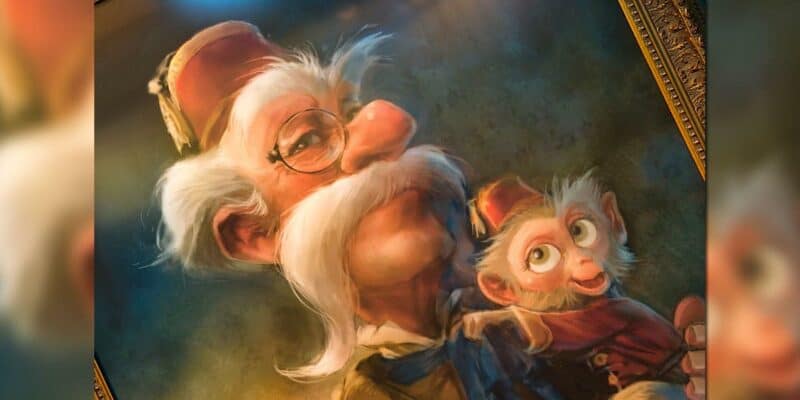 The Society of Explorers and Adventures (or the S.E.A.) is a secret organization that is referenced throughout Disney Parks all around the world.

Haven’t ever heard of it? Well, I bet you’ve seen plenty about this group. All you need to do is look closely enough at different attractions and lands throughout the Parks.

Disney has yet to ‘officially’ confirm it, but word is spreading that a live-action, feature film will be coming soon! This film will be written and co-directed by Qui Nguyen (Strange World) and Ryan Reynolds.

So- who exactly is the S.E.A? Well, they are a group of explorers and adventures that have ties to many of the Disney properties and attractions around the world.

The Society of Explorers and Adventures were first integrated for the walkthrough attraction, Fortress Explorations at Tokyo DisneySea. It was inspired by the Adventurers Club and Pleasure Island in Downtown Disney.

Many of its members helped start or build the attractions we love. Rides like the Jungle Cruise, Big Mountain Thunder Railroad, and the Haunted Mansion. There are even attractions that never came to be, like the Museum of the Weird, that is now sprinkled throughout the Parks thanks to the S.E.A.

Sources say that many of the main members of this organization are going to be portrayed in the movie, such as Harrison Hightower III, Mary Oceaneer, and Lord Henry Mystic. This live-action movie will have a supernatural element and revolve around this ancient society that consists of scientists, adventurers, artists, and travelers.

No actors have been cast in any of these roles at the time of this writing, and it’s yet to be revealed if Reynolds will have an on-screen role. This project is intended to mark the launch of a franchise.

Anyone else getting a National Treasure vibe?

What do you think? Would you watch this new movie? Let us know in the comments!