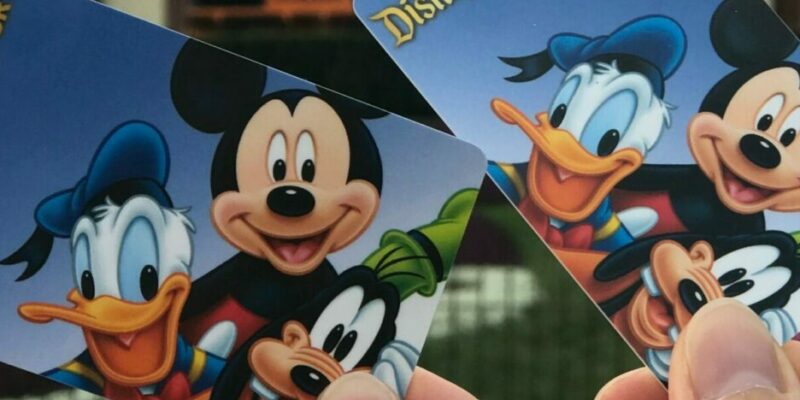 Reselling tickets has been an issue for the last several years, whether at theme parks, concerts, or other venues. This practice, also known as scalping tickets, is when would-be sellers buy the tickets and sell them at a higher price to desperate people who are willing to pay exorbitant costs for these experiences. These tickets are sold in a variety of methods but mostly online through sites like eBay or Craigslist.

However, in the case of Disney Parks tickets, scalping has still been a prevalent issue, especially for special events like Oogie Boogie Bash, where tickets often sell out before others even have a chance to purchase them.

Frustrated with the practice of reselling tickets at Disneyland, TikTok user @sthooch recently took to this social media platform to further discuss this issue, why it’s so prevalent, and how we can stop this.

In this post, @sthooch points out a variety of issues with ticket scalping, including the wide availability of paper tickets that were sold and the lack of policing on who owns these tickets, as they are meant to be a contract between the buyer and seller and not transferable.

However, he notes that now, tickets at Walt Disney World look like more like credit cards, and in addition, the Disneyland Resort will be implementing MagicBand+ on October 29, both of which will help stop ticket reselling.

Though this practice is illegal in California and the police may not be enforcing it as much, the poster warns us that the only way to stop ticket scalping for now is to stop buying tickets from resellers.

Several commenters concurred with the general sentiment of this video. For instance, @mirandahill54 stated:

WDW had so many issues with CM’s selling their free friends and family tickets. They now have to have a CM to go into the park with you or park hop

However, many commenters pointed out that Disneyland is becoming more aware of these resellers and cracking down on this operation.

I saw that disneyland is actually cancelling peoples passes and banning them from the park if they are caught reselling!

I can guarantee you Disney security is aware of the tickets being sold on CL. We used to void the tickets all the time. I wouldnt bother buying

These are re-sellers and disney has canceled many tickets this years because of it. They are cracking down on them

Though ticket reselling has been an issue recently, Disney’s ticket policy is clear- tickets are nontransferable and must be used by the same person on any and all days. The original TikTok poster was right- you can help stop these resellers by stop buying tickets from sources other than Disney Parks.

Have you bought Disney Parks tickets from resellers recently? What was your experience?

Comments Off on Is Scalping Disneyland Tickets Still an Issue?