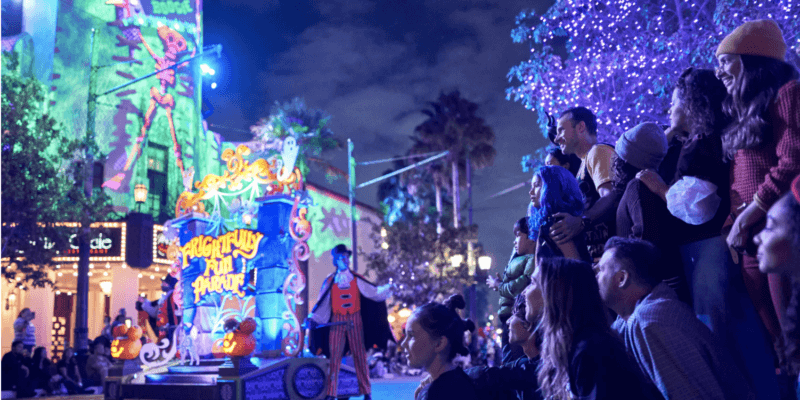 Disney resellers have become a major hindrance to Guests being able to get their hands on select merchandise, apparel, and tickets to popular events at both Walt Disney World Resort and Disneyland Resort.

Resellers have been known to buy up massive amounts of Disney gear with the plan of reselling the merchandise and apparel on the internet for major markups. A recent example of this happened at EPCOT in Walt Disney World Resort when a Figment Popcorn Bucket was released.

The Figment Popcorn Bucket was sold out in just a matter of days and there were Guests seen holding upwards of 10 buckets at one time– most unopened– and on the same day the popcorn bucket was released, there were dozen of listings on secondary websites attempting to sell the merchandise for listings higher than $200.00 in some cases.

Much of the same could be said about the Main Street Electrical Parade apparel and merchandise that was sold at Disneyland Resort earlier this year while the limited-time parade was offered. Just recently, bevies of exclusive D23 Expo merchandise– and free giveaways– have made their way to the marketplace with hefty markups, as well.

Now, it seems resellers have also made their way to tickets.

Earlier this year, Disneyland Resort announced the return of the Oogie Boogie Bash. Within hours of tickets for the popular Halloween After-Hours event going on sale, they were all sold out.

Now, as the Oogie Boogie Bash happens on select nights at Disney California Adventure, we are seeing more and more listings for tickets on secondary markets, some listings going as high as $1,000.

User @dkramer3 shared some of the reseller’s listings on Reddit:

Your ticket also lets you enjoy Disney California Adventure Park for up to 3 hours before Oogie Boogie Bash – A Disney Halloween Party begins. Once the party starts at 6:00 p.m., you’ll be treated to 5 hours of shindig shenanigans—including special Halloween-themed entertainment, attractions, Character sightings, and more.

What do you think of Disney resellers attempting to markup ticket prices? Let us know in the comments.