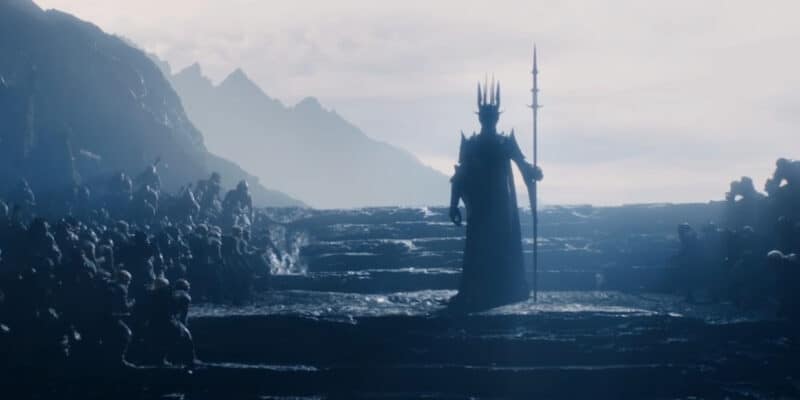 After the finale for Rings of Power, the showrunners for Amazon’s latest series promise that fans who were unsure about the show’s adaptation of Tolkien’s work should look forward to Season 2.

Now that fans have finally learned that Charlie Vicker’s Halbrand is Sauron, many things have changed in Tolkien’s work. Originally, Sauron shapeshifted into an elf named Annatar, who helped teach Celebrimbor how to forge the rings, but wasn’t trusted by Galadriel and Gil-galad. This led to Annatar being sent away from Eregion, but Celebrimbor knew everything he needed to make the Rings of Power.

Twenty rings were crafted, with three going to the Elven kings, seven to the Dwarven lords, nine for mortal men, and the rest were minor rings with some power. Then Sauron created his own ring in secret to rule them all. Fans know of this verse, but Tolkien had all of the rings made by the elves, and the Dwarves and Mankind received their rings before the Elves made the ones for themselves.

Rings of Power has shifted the narrative to have only the elves crafting their rings first, with the other rings left to still be made or forged offscreen. Fans weren’t happy with the changes, but a recent interview with the showrunners, J.D. Payne and Patrick McKay, with The Hollywood Reporter confirmed that Season 2 would be more faithful to Tolkien’s works compared to the first season:

Payne: “Season one opens with: Who is Galadriel? Where did she come from? What did she suffer? Why is she driven? We’re doing the same thing with Sauron in season two. We’ll fill in all the missing pieces.”

McKay: “Sauron can now just be Sauron. Like Tony Soprano or Walter White. He’s evil, but complexly evil. We felt like if we did that in season one, he’d overshadow everything else. So the first season is like Batman Begins, and the The Dark Knight is the next movie, with Sauron maneuvering out in the open. We’re really excited. Season two has a canonical story. There may well be viewers who are like, ‘This is the story we were hoping to get in season one!’ In season two, we’re giving it to them.”

Related: ‘The Lord of the Rings’: Who is Aragorn?

While fans may have never compared Sauron to Walter White, the villain’s story might focus on his rise to power in Season 2. The Dark Lord’s journey will probably explore his rise to power in Mordor and the creation of his fortress, Barad-dûr. Since Adar is his rival, fans will probably see him take over control of the orcs and either kill Adar or make him one of his loyal servants.

Numenor’s role in the series will expand as Queen Miriel will have her wrath on Mordor for stealing her sight and ruining the Southlands. Mithril will likely become a significant focus between the Dwarves and Elves and will continue to allow both races to become allies once Durin IV becomes King.

Sauron’s role will be a large part of the series going forward. Season 2 will continue to get deeper into some of the more prominent moments happening in Middle-Earth and explore Tolkien’s world with a more faithful adaptation. If anything, Payne and McKay know that creating a faithful series is very important for fans and something they are striving to do.

More on Rings of Powers

Here’s a description of the new series based loosely on Tolkien’s works:

This epic drama is set thousands of years before the events of J.R.R. Tolkien’s The Hobbit and The Lord of the Rings, and will take viewers back to an era in which great powers were forged, kingdoms rose to glory and fell to ruin, unlikely heroes were tested, hope hung by the finest of threads, and the greatest villain that ever flowed from Tolkien’s pen threatened to cover all the world in darkness. Beginning in a time of relative peace, the series follows an ensemble cast of characters, both familiar and new, as they confront the long-feared re-emergence of evil to Middle-earth. From the darkest depths of the Misty Mountains, to the majestic forests of the elf-capital of Lindon, to the breathtaking island kingdom of Númenor, to the furthest reaches of the map, these kingdoms and characters will carve out legacies that live on long after they are gone.

Are you excited for Season 2 of Rings of Power? Let us know what you think!