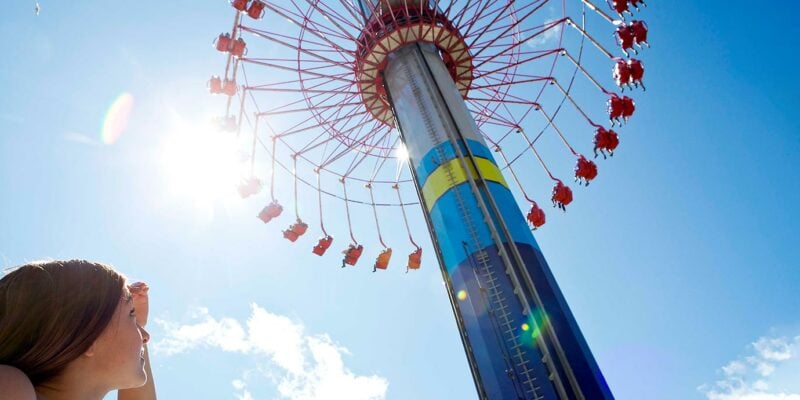 A popular theme park shared some exciting news, expanding its operations and welcoming fans all year round for more fun!

While most fans are used to visiting their favorite theme parks all year long, even waiting anxiously for the different seasonal events that are often celebrated, several theme parks in America have to shut their gates yearly due to severe weather striking the area, mainly in the northern states. However, that will soon change for one theme park in North Carolina.

Carowinds recently announced that the theme park would adjust its operating hours, welcoming Guests with a newly introduced year-round schedule. The announcement was made on Tuesday via the Park’s social media.

NEWS: #Carowinds announces year-round operation with the release of the 2023 operating calendar.

NEWS: #Carowinds announces year-round operation with the release of the 2023 operating calendar.

Per Carowinds’ calendar, the Charlotte theme park will be open on weekends in January, February, and early March, beginning January 1, 2023.

As reported by Queen City News, officials stated that these “winter operating days” will provide the opportunity to experience even more season events throughout the year. Park executives added they hope that year-round operations at Carowinds will also boost local tourism and travel industries while helping create jobs across the region.

While Carowinds has not yet announced what theme park attractions will be available during these newly implemented “winter operating days” — as not all rides are safe for Guests during the colder season due to the weather effects on operations and the risk of severe frostbite — fans are undoubtedly excited to hear the news of the extended operating schedule at the Charlotte theme park.

Kings Dominion, which, like Carowinds, is owned and operated by Cedar Fair Entertainment Company, also announced that the Virginia theme Park would introduce a year-round schedule, adding operating hours on weekends in January, February, and early March 2023.

Carowinds is gearing up to celebrate the Park’s 50th anniversary in 2023 with an all-new expansion underway. You can click here to learn more about Carowinds’ anniversary celebrations and Aeronautica Landing, the theme park’s latest expansion.

Are you excited about these schedule changes at Carowinds? Will you visit the Park this holiday season? Let us know in the comments below!