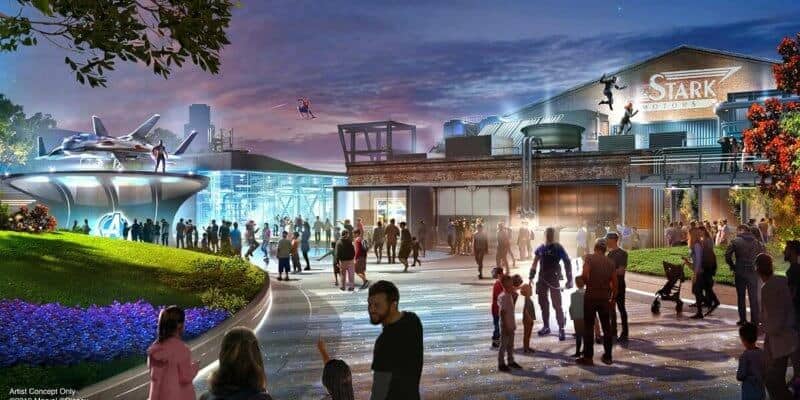 The Avengers Campus at Disneyland Paris is an interactive experience for fans to immerse themselves in the Marvel Cinematic Universe, teaming up with the Avengers on exciting attractions like Avengers Assemble: Flight Force, exploring themed restaurants like Stark Factory or PYM Kitchen, and meeting Avengers characters along the way!

Recently, Disneyland Paris held a special event for Guests, Cast Members, and Avengers fans alike. This event was an opportunity for fans to be able to leave their legacy on the Avengers Campus.

The Disney Parks Blog delved more into the specifics of this incredible event, which took place two months after the Avengers Campus opened at Disneyland Paris. At this event, fans were invited to leave their legacy on the Quinjet, which is the Avenger’s signature aircraft and the Park’s newest icon, located in the center of Avengers Campus.

A digital platform was created for this event, which included a game, and Guests were able to leave a message that would be kept in the Quinjet and opened later at a private event. Guests who partook in this challenge took a test on the digital platform to evaluate their knowledge of Avengers Campus and Marvel superheroes. This was not just an opportunity to challenge the knowledge of fans – it was also a chance for Guests to learn new details and references to the Avengers Campus.

After the quiz, fans could register and write a message. If the message was approved, it would be stored in the Quinjet. Guests who chose to go through this process were entered into a drawing which would determine those who would be able to attend the aforementioned private event, where they could bring their own guest.

Besides the quiz and messages, this unique experience at Disneyland Paris also featured several new activities, such as Cosplay and Spider-Bot target contests. Fan-favorite Avengers characters, including Captain Marvel, Black Widow, and Thor, were also present at the event.

If you’re planning to visit Disneyland Paris soon, don’t forget to stop by Avengers Campus to experience the sights, sounds, and other adventures of this immersive experience.

What do you think of this event? Would you want to see these types of events at the Avengers Campuses at other Disney Parks? Let us know your thoughts below!