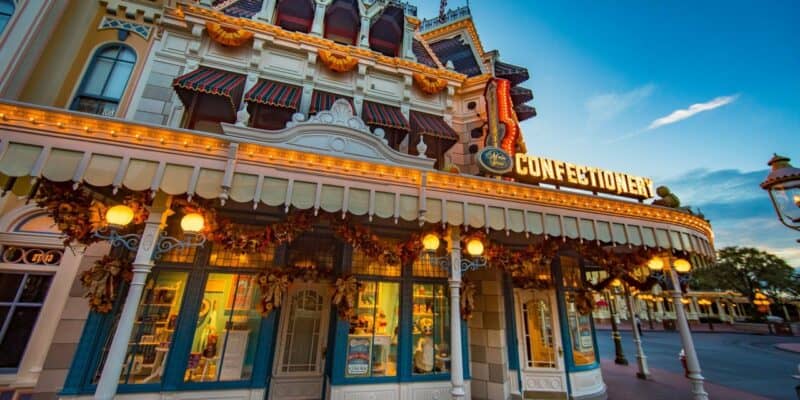 “Here you leave today and enter a world of yesterday, tomorrow, and fantasy” are the words that first greet guests when they enter the realms of the Magic Kingdom at Walt Disney World and Disneyland. What guests might not know is just how true that statement is.

Immersion is one of the largest elements that separates the Disney Parks from all the other theme parks in the industry. Once you step through the threshold of that gate, you’re in Mickey’s world now. So much detail goes into creating these environments, but what’s really incredible is how much attention is given to catering to senses other than sight, but sound, touch, and especially smell. Fans who have an unhealthy addiction to the smell of the water at Pirates of the Caribbean know exactly what we’re talking about.

Related: Splash Mountain Should Be the First of Many, Fans Demand More Changes to Disney Parks Attractions

Disney’s sensory play stretches beyond the Magic Kingdom, but to Epcot, Animal Kingdom, and Hollywood Studios as well, and it has only grown with the fandom as Guests who love the smells of the candy stores on Main Street, the burning pyres of Rome in Spaceship Earth, and even the haunted halls of Gracey Manor have been turned into candles and wax-melts. Disney wants to keep all senses locked on them, so of course they’re going to rely on iconic smells and other sensory notes that can be recognized immediately at their Parks, and it starts immediately as they step onto their property.

While places like Epcot and Animal Kingdom are more subtle and organic in their sensory manipulation, it’s remarkable how quick Magic Kingdom and Hollywood Studios quickly grab a guest’s eyes, ears, and noses are put under Disney’s spell. When the Parks have special or seasonal events, the sensory play only gets pushed even further with more effects to set the mood. From the use of forced perception to create iconic structures to devices created to pump in specific music, scents, and sensations, to even colors affecting their minds eye, Guests’ environments are impeccably catered to to even the most minute scale.

Related: Guests Desperately Want More of These at Disney World

What makes these factors all the more impressive is how reality sets in both between park visits and when departing Disney property. Even the parking lots, despite the inclusion of Disney characters on all the signs feel stark and dull compared to the insides of the parks they guard. In the end, it all boils down to Disney creating a more impressive, immersive, and personal experience for each new wave of Guests and visitors.

Have you been under Disney’s sensory smell? Tell us in the comments below!

Comments Off on How Disney Ensnares Your Senses