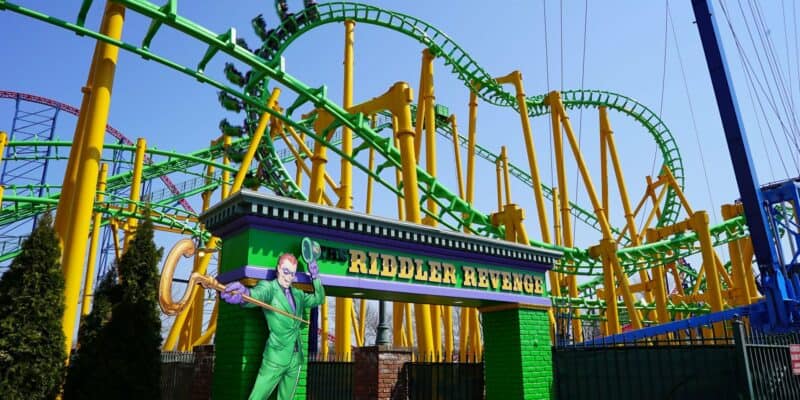 A drunk parent caused a shameful scene at a theme park by threatening employees after his daughter was turned away from a roller coaster.

While theme parks are family-friendly environments for Guests of all ages to enjoy the different rides and attractions, entertainment offerings, and fun activities available, it would appear that violence in theme parks continues to be a growing nationwide problem, as there have been multiple reports of fights, brawls, and even gunfire threats at different theme parks across the country.

One of the latest incidents occurred at Six Flags New England, where a drunk parent started yelling at theme park employees and threatening them after his daughter was not allowed to ride one of the Park’s most thrilling roller coasters due to her not fulfilling the attraction’s height requirement. “This kid is going on this ride or you and me are going out in the parking lot,” said the parent several times, creating a shameful scene for himself, his family, Team Members, and all Guests around him.

The parent continued to belittle, yell, and curse at Six Flags Team Members, screaming, “Three rides this kid has been denied,” “This kid is going on this ride bro,” and “You can do it your way or you can do it my way” as he continued to threaten Team Members. “I’m gonna make your lives MISERABLE right now bro. You’re messing with the wrong guy bro,” he added.

It is not clear what other rides the parent had tried to take his daughter on, but it is much probable that the child was not tall enough to fulfill the height requirements of most roller coasters at the Park, which range between 48” and 54”. In the heat of the scene, the child started bawling, which added to the parent’s rage without noticing that his yelling was possibly affecting his daughter’s reaction as well. “I am not gonna listen to my eight-year-old cry again,” the parent insisted.

The video of the incident was posted by Sabrina Burblahblah (@indamoondust) on TikTok. You can see the video below or click here to watch it.

Warning: Strong language is used in this video. Viewer discretion is advised.

The scene escalated to the point where Team Members were forced to recheck the child’s height, with the parent aggressively banging the child’s head against the tube used to measure the height requirement. You can see that video by clicking here.

The user who posted the video later explained that security was waiting for the family when they got off the ride but commented that it was unclear if they had been kicked out of the Park. She added that the girl did end up getting on the ride in the front row. You can see that video down below or click here to watch it.

The roller coaster in question is THE RIDDLER™ Revenge at Six Flags New England in Agawam, Massachusetts, with a height requirement of 52”.

What do you think of the incident? Was the parent right or wrong in this situation? Let us know in the comments below!

The opinions reflected in this article do not necessarily reflect those of Inside the Magic overall.