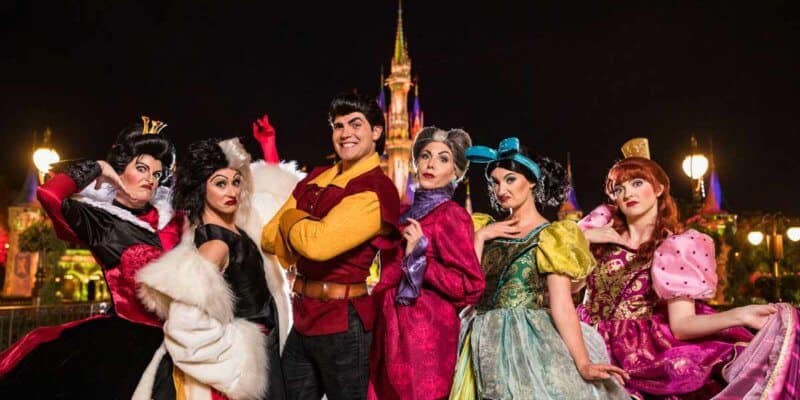 At 2022’s D23 Expo, it was stated that Coco, Encanto, and Disney’s Villains would be receiving their own Park additions in the near future. While fans of both films can certainly be excited about the upcoming changes to the Park, the real star of the announcement was the idea of a Park area dedicated to the Disney villains.

A Disney “Dark Park” has been the subject of urban legends and fan theories for a long while, but now it seems like one might be on the horizon. Even something the size of just one unique area would be enough to satisfy the hardcore fans, but any Disney Park attraction inspired by the villains has to have one major focus… the villains themselves.

Anyone who’s ever attended a Halloween celebration at the Magic Kingdom or any sort of villain-focused after-hours event knows that the character interactions are what truly make everything come together for the fans. Mixing, mingling, and interacting with characters like Hades, Cruella De Vil, or Captain Hook is what truly sells the immersive nature of the concept.

As demonstrated by the special appearances in this year’s Oogie Boogie Bash, Disney not only has the ability to bring characters like Ernesto de la Cruz and Mad Madam Mim to life but the power and capacity to as well. The saying goes that there’s an audience for everything, and that is exceptionally true of the Disney villains. Even obscure characters like Madam Mim and Bowler Hat Guy have their fans, so why hasn’t Disney made this happen sooner? The villains have their own fanbase, franchise, merchandise line, and the Evil Queen even has her own candy store in Disney Springs. It only makes sense that Disney stop with the seasonal temptations and unleash the villains year round in their own special area of the park.

Not only would this allow for Disney to bring a wider demographic of Guests to the Magic Kingdom, just think about how many older park-goers would love a chance to see something a little heavier from the company, but it would also give them the opportunity to create new ways of bringing characters to life. Imagine what they could do with characters like Scar, The Horned King, or even Chernabog getting their own Park appearances. If they can use the same magic to make an amazingly screen-accurate Ernesto de la Cruz, there’s no reason they can’t do the same for some of their other famous foes.

As of now, fans will just have to wait and see what Disney cooks up for their cast of villains, fiends and scoundrels in the near future. Hopefully, this will be a sign of the company taking more of an interest in some of their more mature audience members. At the end of the day, one thing that can always be counted on by Disney is that they know how to do things with character.

Which Disney Villain would you like to meet? Tell us in the comments below!