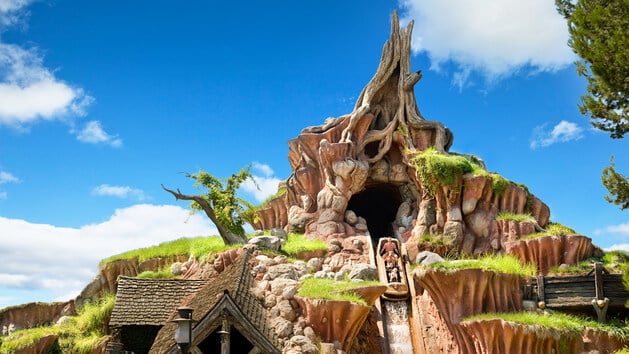 Even though Disneyland may be “The happiest Place on Earth,” that doesn’t mean everything will be practically perfect in every way.

From the various rides and attractions to the delicious food and beverages, the Disneyland Resort is sure to please everyone. The Resort is famous for classic dark rides like Haunted Mansion and Pirates of the Caribbean, but thrill seekers have a lot to look forward to as well.

One of the most iconic thrill rides at the Resort will most likely leave you soaking wet.

Splash Mountain has proved to be extremely popular among Guests, as it can currently be found at both Walt Disney World Resort and Disneyland Resort, as well as Tokyo Disneyland. However, some big changes are coming for the attraction, whether Guests like it or not.

Unfortunately, not everything is “satisfactual” as shown in a picture shared on Reddit recently. The full post can be seen below:

2 hour wait on splash mountain only to get stuck right before the drop :,)

2 hour wait on splash mountain only to get stuck right before the drop :,) from Disneyland

As you can see, multiple ride vehicles got backed up due to an issue on the ride. A Cast Member can be seen trying to help explain what is going on to the Guests stuck at the attraction.

After waiting two hours, Guests may feel like this experience has been a disaster, and rightfully so. But, it is important to note that when Guests are forced to evacuate an attraction at Disney, they will be given an individual Lightning Lane pass that allows them to return to the ride or other select attractions to experience later. Of course, this doesn’t;t entirely make up for the time lost, but it’s better than nothing.

Just a reminder, you will get wet on this ride. It’s just a matter of how wet depending on where you sit.

Are you excited about the upcoming retheme for Splash Mountain?