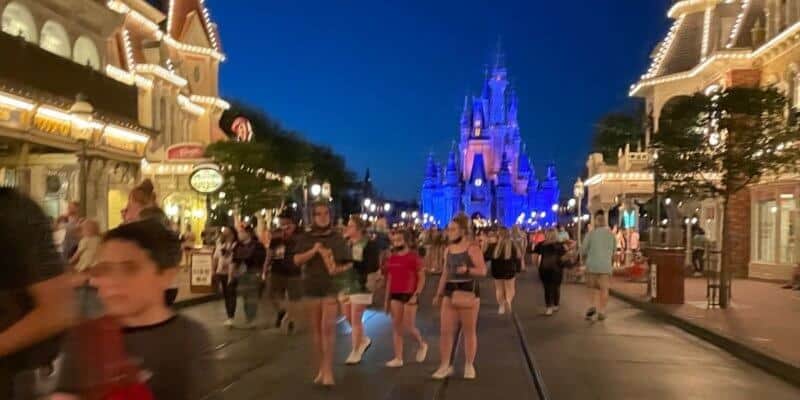 A new report released by Orange County Sheriff’s office revealed a troubling encounter between Guests visiting The Walt Disney World Resort recently. Guests visiting the Magic Kingdom could hear somebody yelling “pedophile!” and “he raped me!”

These claims were shouted during an argument between Guests as they lined up to watch the nightly fireworks show.

Related: Disney World Restaurant Completely Sold Out Ahead of Reopening

A boy and his mother were both near Cinderella Castle at the end of Main Street U.S.A., to watch the fireworks around 8:35 p.m. The incident occurred on September 21. The Guests finally found a place to stand When they found a place to stand when the mother claimed she was told that she was not allowed to stand in that spot by another Guest.

The mother refused to move to a different spot which is when a man from the other party confronted her and her son. The man yelled at the boy until the boy decided to start filming the situation on his cell phone.  Shortly after, the man knocked the phone out of the boy’s hand.

The man who knocked the phone out of the boy’s hand was interviewed by the sheriff. The man claimed that he and his wife had been waiting for the nighttime show for over an hour when the mother and son appeared in their space.

Fighting over a spot to watch the Magic Kingdom fireworks is not a rare occurrence, and if you have ever attempted to find a spot to stand or sit, you know tensions can run high sometimes.

While talking to the sheriff, the man claimed the woman and her son became “irate,” saying that the boy shoved a cell phone very close to his face.

The man said he responded by pushing the boy’s hand out of his face, which then caused the cell phone to get knocked from his hand.

A lot of the report is redacted, but reports indicate that the mother and boy threw around the words and phrases “pedophile” and “he raped me!” at the man while they were in the crowd.

Everyone was taken to the security office at the Magic Kingdom following the incident.