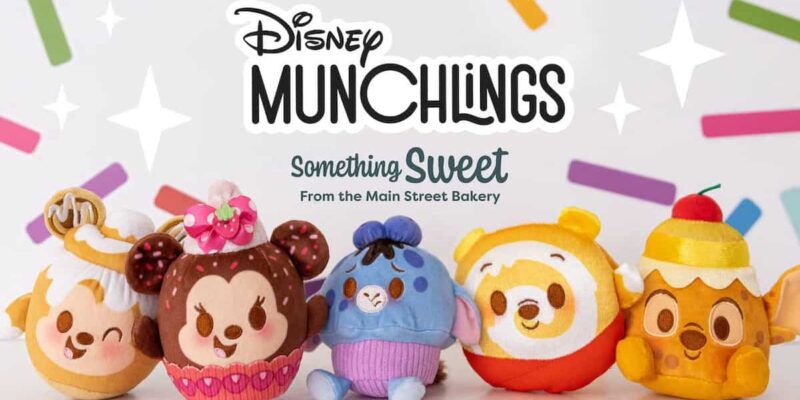 In September, shopDisney launched “Disney Munchlings,” a line of scented collectible plushies inspired by your favorite Disney characters. Each Munchling combines a Disney character with a sweet bakery item inspired by Main Street Confectionary at Disneyland Park and Magic Kingdom.

The plushes were one of the most beloved parts of the D23 Expo this year in Anaheim, California. But what Disney fans didn’t know is that Disney Munchlings took five years to come to life!

Max Gallagher, Senior Product Development Manager at The Walt Disney Company, shared his experience conceiving and designing Disney Munchlings over the past five years on LinkedIn.

“I had worked on a number of iterations of this concept before landing on what we didn’t know at the time would go on to be one of the most exciting and loved product lines of the entire D23 event, years later in September 2022,” Gallagher wrote.

“I am so fortunate to have been able to meet and work with some amazing people to bring this to life, and a huge thank you to those who touched this along the way to make it what it is today,” he continued.

Early concept plushies show that Munchlings initially took the shape of donuts and cupcakes rather than the large round treats they turned out to be:

Disney Munchlings are available at Disneyland Resort, Walt Disney World Resort, and on shopDisney. Guests can choose between a large Munchling of their favorite character, like Stitch, Baymax, or Mickey, or try their luck with a mystery blind bag. Special holiday styles are also available!

How many Disney Munchlings have you collected?