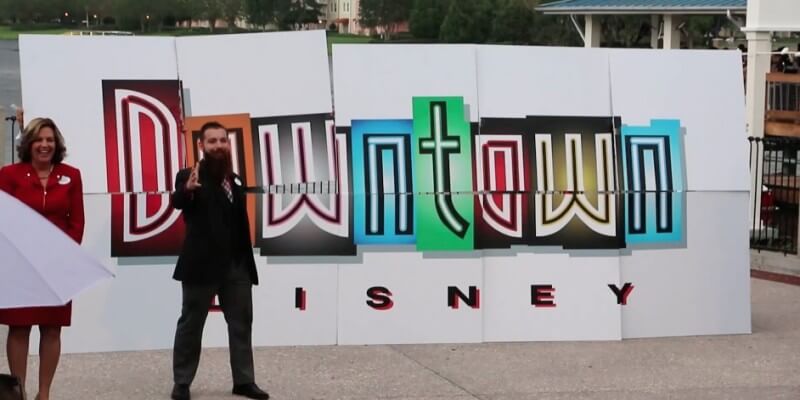 Walt Disney World has officially changed the name of Downtown Disney to Disney Springs, still undergoing a massive transformation project slated to be complete in 2016.

Inspired by Florida’s waterfront towns, this shopping and dining district tells a story of a small city that has “sprung” up around a natural spring. When complete, Disney Springs will include four interconnected areas: The Landing, Marketplace, West Side, and Town Center.

One of Disney Springs creative directors, Walt Disney Imagineer Jeff Abraham, talked with us about the transition from Downtown Disney and the overall impression Disney hopes to get from Guests visiting the newly transformed areas:

Related : What Restaurant Is the Most Booked at Disney Springs?

In addition, many stores, eateries, and entertainment venues are still open from Downtown Disney, including DisneyQuest, Splitsville, the AMC movie theater, Bongo’s, Wolfgang Puck, The Art of Disney, World of Disney, Once Upon a Toy, Goofy’s Candy Company, Rainforest Cafe, T-Rex Cafe, Fulton’s Crab House, and many more.

Still to come are STK, Edison, Sprinkles Cupcakes, and others yet to be announced. A second parking garage is also in the works, along with a direct link from Disney Springs to I-4, making it easy to get in and out of the area without dealing with any traffic hassles, all in the name of bettering the Guest experience.