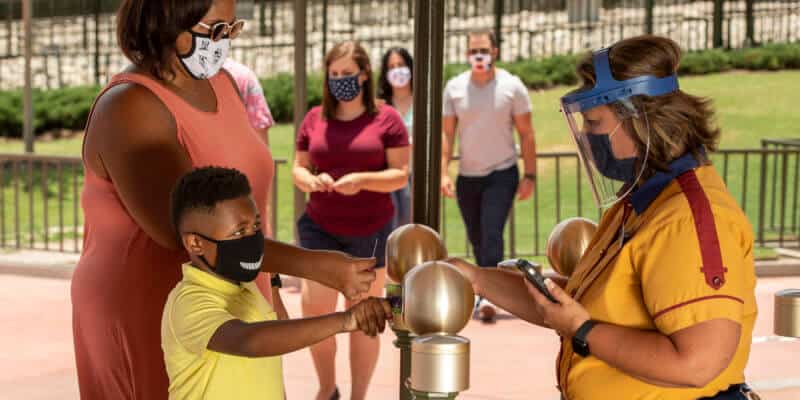 Walt Disney World Resort, The Most Magical Place on Earth, is home to tens of thousands of Disney Cast Members who make the magic happen every day.

Since layoffs at the start of the COVID-19 pandemic, The Walt Disney Company has struggled to revamp its workforce. Existing Disney Parks Cast Members say they’re treated poorly and not paid enough. Many Walt Disney World Resort Cast Members are homeless, while their Disneyland Resort counterparts report living in cramped spaces and relying on sex work to survive.

Now, disturbing reports of workplace harassment and abuse have come to light. Twitter user @raetheforce suggested that someone bring attention to the number of rapists and sexual abusers that Disney has allegedly transferred rather than fired:

Someone should write an article about how Disney refuses to fire rapists and sexual abusers and just moves them into another role.

Someone should write an article about how Disney refuses to fire rapists and sexual abusers and just moves them into another role.

Current and former Disney Cast Members took the opportunity to share their stories. Most of the replies came from Disney College Program Cast Members – who are young and know they can be fired immediately for any reason.

Many College Program participants consider it an unspoken rule not to report workplace abuse or harassment from Full-Time or Part-Time employees because the College Program Cast Member is reportedly almost always the one to be let go.

As reporters, we tend to keep ourselves out of stories for the sake of objectivity. But upon reflection, I believe telling this story without context wouldn’t be right, and sincerity is far more important than objectivity for such a sensitive story.

I was a Disney College Program Cast Member from 2017 to 2018. I loved my job in attractions – the late nights, the early mornings, the $10/hour… none of it mattered because I got to make magic. I would never have expected to be a victim of sexual harassment at the most Magical Place on Earth.

Every day for months, I found myself living in fear of a fellow Cast Member. He had worked for The Walt Disney Company for decades and flirted with me on my first day at work. I told him I had a long-distance boyfriend – in response, he said he wished he had a girlfriend just like me and asked me to get dinner with him.

When I declined, he yelled at me for wasting his time. He continued to come up behind me during safety-critical moments and massage my shoulders or grab the back of my legs. I confided in fellow Cast Members, who told me to stay quiet if I didn’t want my program to end early because The Walt Disney Company and I had “different goals.”

I was grateful when a kind coordinator spoke to the man for me – promising not to file a report with HR and risk my job. Unfortunately, this resulted in my job being all the more difficult. The male Cast Member refused to speak to me about necessary work tasks and actively slacked off when he knew it would impact my performance. Eventually, a coordinator agreed to switch my position anytime we were assigned to work together. I’ve seen him working on recent vacations to Walt Disney World Resort, even though I know complaints were filed before and after my Disney College Program.

I wasn’t alone. Like the countless stories from the Twitter thread – I witnessed my fellow young Cast Members go through so much worse with no repercussions. Several anonymous sources have reported similar stories to Inside the Magic.

@cinderchellaaa claimed that Walt Disney World Resort transferred her roommate to another work location instead of firing an older male coworker on whom she filed a report. She reported being victimized herself and having a previously suspended Cast Member, allegedly known for harassing women, transferred to her work location:

It’s SO common, happened to one of my CP roommates. Much older male coworker assaulted her at work and they just moved her to another role without anything happening to the guy. I was stalked by a male coworker at disney and nothing happened when I tried to ask for help.

It happens literally all the time, we had a guy relocated to our attraction who was suspended for harassing female coworkers and none of us women felt safe being alone with him but we couldn’t do anything about it. And I’ve heard countless other stories

It happens literally all the time, we had a guy relocated to our attraction who was suspended for harassing female coworkers and none of us women felt safe being alone with him but we couldn’t do anything about it. And I’ve heard countless other stories

this literally just happened a few days ago after fighting since JULY, but he kept his same position and my friend was moved 🙃

this literally just happened a few days ago after fighting since JULY, but he kept his same position and my friend was moved 🙃

Florida is an “at-will” state, meaning that companies can terminate employees anytime for any reason other than legally protected discrimination. Some Walt Disney World Resort Cast Members do have access to a union to represent them if they believe they have been wrongfully terminated.

It’s important to note that none of these stories are confirmed and do not reflect Inside the Magic’s view on Disney Park operations.