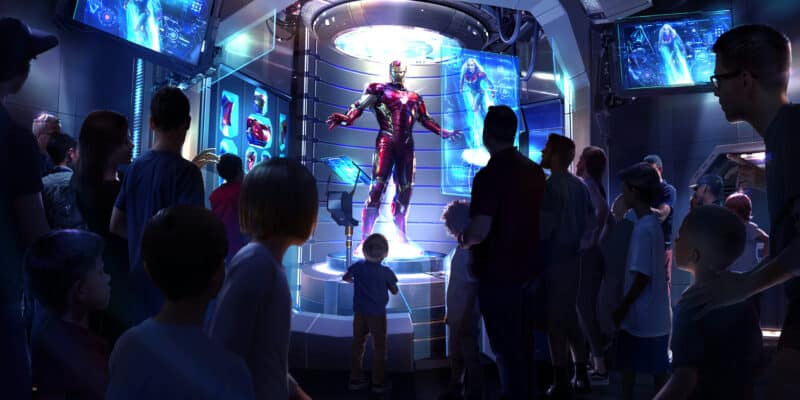 Marvel fans who were at Disneyland Paris on Friday may have been disappointed if they rode the attraction “Avengers Assemble: Flight Force,” as the Iron Man audio-animatronic was not functioning properly.

According to a Tweet from the Twitter account @DLPRescueRanger, the Iron Man audio-animatronic was nowhere to be seen, leaving Carol Danvers (AKA Captain Marvel) to fend for herself as she attempts to rescue the galaxy.

Iron Man’s audio-animatronic is also on RTT tonight. Will he leave it to Carol Danvers alone to hijack the Kree missiles in Avengers Assemble: Flight Force?

Another Twitter user @KanariRaspberry tried to find an alternative explanation for Iron Man’s absence from the attraction, joking that he may have been teleworking that day.

We do not currently have an update as to whether this animatronic issue has been fixed, but we hope it will soon so that Iron Man can once again join Captain Marvel and help her and the Guests run this important mission!

This summer, when this new attraction first opened, it received mixed reviews, as Guests were not initially impressed. However, die-hard fans of the Marvel Cinematic Universe (MCU) may appreciate this attraction more, as it serves as one of the many immersive experiences into the MCU that the Avengers Campus has to offer.

On “Avengers Assemble: Flight Force,” Guests embark on a rollercoaster, where they will meet the animatronic Iron Man, which happens to be an extremely advanced animatronic – one of the most advanced in all of the Disney Parks around the world. Together with Captain Marvel, they will work together to save the galaxy.

I don’t know about you, but we’re definitely looking forward to what else Disneyland Paris and the other Avengers Campuses at the Disney Parks will offer in the near future, especially with their advanced animatronics, like Iron Man. And with Disneyland Paris celebrating its 30th Anniversary this year, we know there is a lot in store!

Are you a fan of the Marvel Cinematic Universe? What’s your favorite ride at the Avengers Campus at any of the the Disney Parks?

Comments Off on Did Iron Man Ditch Captain Marvel at Disney Park?