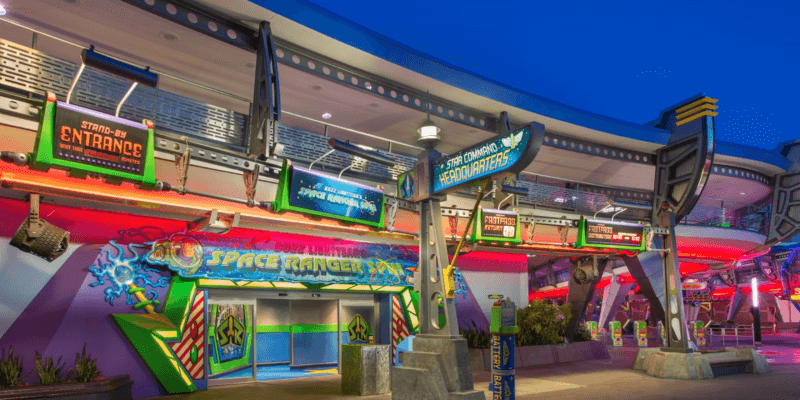 Magic Kingdom is home to many iconic attractions that bring in millions of visitors every year to Walt Disney World Resort.

Whether you’re taking a ride on Haunted Mansion, Jungle Cruise, Pirates of the Caribbean, Splash Mountain, Space Mountain, enjoying the sights of Cinderella Castle, taking in a performance of Festival of Fantasy, or finishing out your day with the epic nighttime spectacular Disney Enchantment (soon to be changed back to Happily Ever After), you’re sure to have a great time at “The Most Magical Place On Earth.”

One of the most beloved locations at Magic Kingdom is Tomorrowland.

There, you can experience Space Mountain, take in a showing of Monsters Inc. Laugh Floor, enjoy Walt Disney’s Carousel of Progress, relax on the Tomorrowland Transit Authority PeopleMover, and test out your shooting abilities on Buzz Lightyear’s Space Ranger Spin.

However, a recent video, shows one of the icons on the Disney World attraction broken.

The lifesize Buzz Lightyear shares information about the journey that Disney Park Guests are about to embark on and is one of the most iconic and recognizable portions of the attraction itself.

As you can see in the video, the animatronic’s hand is just hanging by a thread. As he talks, the hand is flailing around, which is certainly not a normal sight.

Disney is very quick about fixing issues like this as they arise.