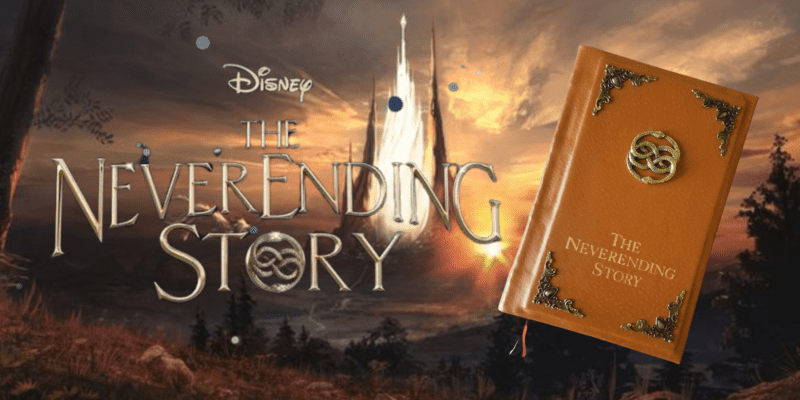 No matter where you fall on the spectrum of Disney fans and their feelings toward the influx of live-action Disney remakes over the last decade, the fact is that some of the Mouse House’s take-twos of popular films–both animated and live-action–are well-received by scores of movie-goers and film buffs.

Some of those film buffs are losing their minds over talk–especially on Facebook–of Walt Disney Studios stepping in to remake the 1984 fantasy film, The NeverEnding Story, particularly millennials with an affinity for nostalgia and fans of Stranger Things, as the final episode of that series ended with the theme song from The NeverEnding Story, thus re-igniting a decades-old following of the story about young Bastian Bux (played by Barrett Oliver) who is grieving the death of his mother when he finds himself in the middle of a story–and he’s the only one who can save the day.

(Then again, an entire generation of moviegoers was forever traumatized by the film as it depicts the death of a young hero’s faithful steed, a bright, growing city being eaten alive by something awful called “The Nothing,” and, as already mentioned, the grief journey of a young boy who has no way of knowing how to process the loss of his mother and all the emotions and feelings that accompany him on that journey.)

The image of a new film poster has been making the rounds on Facebook and other social media platforms. The poster features the same stylized appearance as those Disney puts out when the company first announces an upcoming film, and it even features the Disney name and logo atop the title, The NeverEnding Story.

But not everyone is convinced that the poster is real–or that Disney will have anything to do with a remake of the nearly-40-year-old film. For starters, no mention of a remake of the film was made at the 2022 D23 Expo in Anaheim, California, in early September, though other film projects like PIXAR’s Inside Out 2 were announced. And perhaps one of the most prevalent reasons fans wonder about the poster’s authenticity is that The NeverEnding Story was originally distributed by Warner Bros., not Disney.

However, since Disney has both a knack for, and a track record of, buying up intellectual property around the globe and systematically giving it the Disney treatment, a possible buyout of rights to the film is still a possibility, though there’s no evidence of one as of yet.

The NeverEnding Story, based on the 1979 book by the same name by author Michael Ende, tells the story of young Bastian Bux, who’s navigating his new life, rendered upside-down by the death of his mother. Bastian loves to read, and one day, he arrives late to school, and rather than face the consequences of his tardiness, he retreats to a deserted storage room inside his school, eager to dive into a book that was lent to him on his way that morning.

The cover of the book seems to beckon Bastian to abandon his responsibilities and get lost in the story between its covers. But the film is really a story within a story, as Bastian learns about young Atreyu, who is the only one who can save Fantasia and the princess from “The Nothing,” which is slowly destroying everything in existence. The film is full of action, adventure, and fantasy (and an occasional side of cheese and corn) and ultimately leads Atreyu, the Princess, and Bastian himself to the realization that Bastian–not Atreyu–is the real hero, the only one who can truly save their existence.

As of early September, a bidding war among several studios and streaming platforms was building, according to Rotten Tomatoes:

“The nostalgia for The NeverEnding Story appears to be culminating in a bidding war among several unnamed studios and streamers in both the USA and Europe. The rights being sought are for the original 1979 fantasy novel by German author Michael Ende, which in its original publication was titled Die Unendliche Geschichte.

The 1984 film only adapted the first half of the book, with the second half being adapted six years later as The NeverEnding Story II: The Next Chapter, so the rights to Ende’s novel could easily be expanded to at least two films, if not more (it is, after all, neverending). In the past, a reboot has reportedly been considered by Warner Bros., which distributed the original film in the U.S., Star Wars franchise producer Kathleen Kennedy, and Leonardo DiCaprio’s Appian Way. It’s not known if any of these are currently among those pursuing The NeverEnding Story.”

Though Disney’s name is not mentioned, the post claims that several “unnamed studios and streamers” are participating in the battle for the rights to the 1979 novel, which easily leads fans to believe that a take-two of The NeverEnding Story isn’t far away.