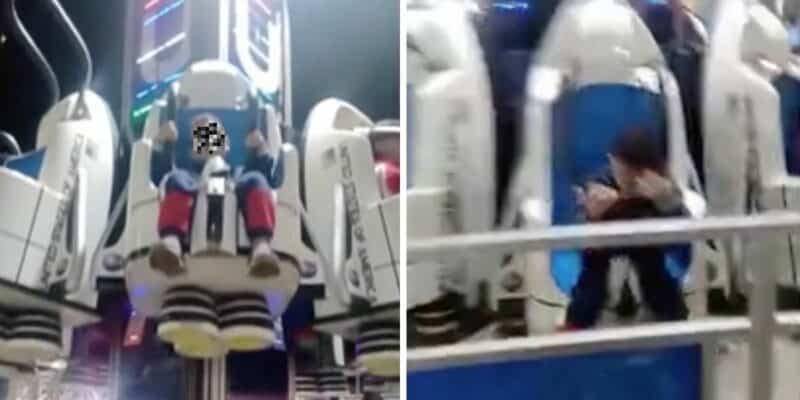 Related: Disney’s Iconic Railroad Back in Motion at Magic Kingdom Amid Closure

Three Guests were left seriously injured after a ride plummeted to the ground at an amusement park in the southeastern Brazilian state of São Paulo. A bystander happened to be filming during the incident and captured the terrifying accident on camera.

The video shows a child sitting in one of the ride’s chairs. The ride starts to lift up and then quickly comes crashing down.

The ride was suspended about 20 feet above the ground for one second before it dropped violently to the ground. The three victims included a 25-year-old woman, her 12-year-old son, and a four-year-old boy, all of whom were treated by paramedics at the park and rushed to the local Hospital.

The four-year-old child suffered injuries to his abdomen and spine. Doctors are still evaluating imaging reports to determine if he would need surgery for the injuries.

The woman and her 12-year-old son were both diagnosed with fractures in their vertebrae. The theme park has remained closed since the incident as inspectors investigate what caused the ride to malfunction.

The amusement park claims that its inspection log for the safety of the rides were up-to-date and that all of the rides were inspected every day, each having regular service work done on them. The full video of the incident can be seen here.

A similar incident occurred last week in a carnival-style park in India. A high-rise spinning carnival attraction broke mid-ride and came crashing down at the Dussehra ground in Phase-8 in Punjab‘s Mohali. The video shows the ride spinning normally at the very top of the tower, and then all of a sudden, the ride starts falling down a full 50 feet until the attraction smacks the ground, after which screams can be heard.

There were reportedly 50 Guests on the ride, with at least 16 Guests left critically injured. Shortly after the incident, police rushed to the spot to assess the situation. Some reports stated that victims received head and neck injuries.
Eyewitnesses also shared information on the incident. Jaspreet Kaur said, “We picked up the injured and rushed to the hospital. There was no ambulance, and even the bouncers of the fete were trying to threaten us. Later, the employees of the organizers also fled the scene.”
We will update our story as more information comes out.