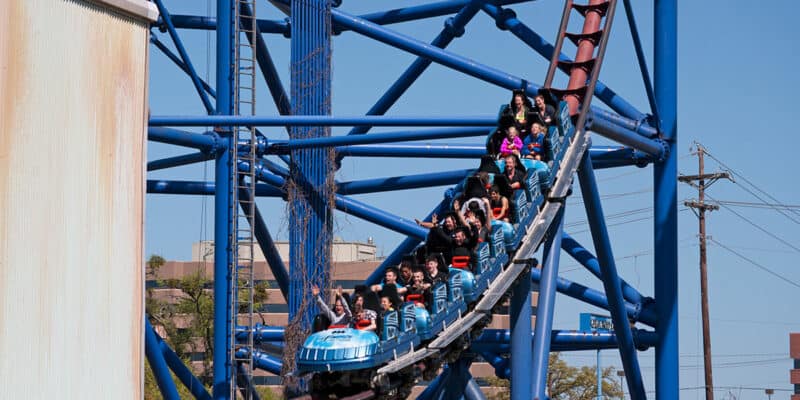 Things are always changing in the theme park world. Whether it be new rides like Guardians of the Galaxy: Cosmic Rewind at Disney World or Epic Universe, an entirely-new Park coming to Universal Studios in Orlando, you can always expect something new when visiting.

Things change a lot at the Six Flags suite of parks as well, with one roller coaster, in particular, having a very interesting fate.

Just a few short weeks ago, we learned that MR. FREEZE: Reverse Blast, the iconic roller coaster at Six Flags Over Texas, will be closing. This closure was unexpected for sure, especially considering that Six Flags Over Texas recently upgraded the ride with structural work as well as a brand-new coat of paint.

The Return of MR. FREEZE – After 10+ years of MR. FREEZE: Reverse Blast, the original MR. FREEZE is back. Now, legions of coaster fans can experience this coaster with a forward launch! #MySixFlags #SixFlagsOverTexas

The Return of MR. FREEZE – After 10+ years of MR. FREEZE: Reverse Blast, the original MR. FREEZE is back. Now, legions of coaster fans can experience this coaster with a forward launch!#MySixFlags #SixFlagsOverTexas pic.twitter.com/6X0v3pl56a

As you can see, the coaster will now launch forward like it originally did. The coaster is once again open to all Guests visiting the Park.

Have you experienced this SixFlags attraction?