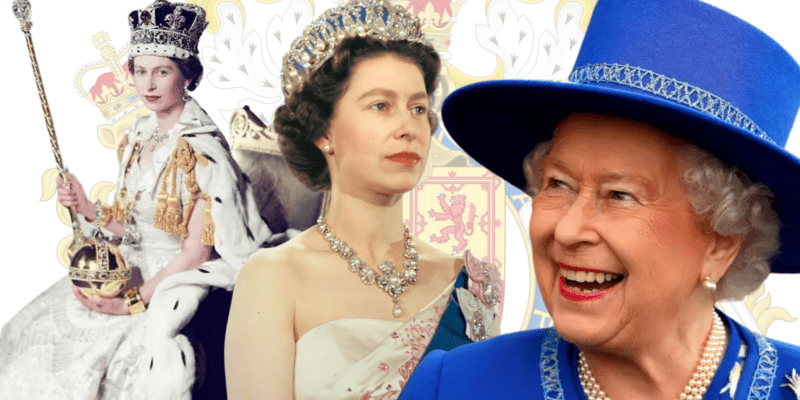 Queen Elizabeth II’s passing on September 8 has had a profound impact on people and countries around the world as a period of mourning falls upon all who knew, loved, or admired her. But some can only think of the monarchy’s somewhat sordid past, rendering them aloof, apathetic, and even uncaring about her death. This writer is not a citizen of the Commonwealth. Nor have I ever had the honor of catching a glimpse of Her Majesty the Queen as she passed by in processional, much less the honor of offering a curtsy in her presence as a symbol of the utmost respect. You won’t find too many Royalists living in Dallas, Texas, but that’s what they tell me I am.

I prefer to think of myself as an admirer of Her Majesty Queen Elizabeth II, and deeper than that, I have long been an admirer of Her Majesty’s faith, the way she conducted herself, regardless of her location and company, the ways in which she interacted with others, and her obvious dedication and devotion to those she served over her 70 years as the British monarch.

RELATED: Avengers Take Over Buckingham Palace on the Queen’s Birthday

But you don’t have to be a devoted Royalist to recognize and appreciate the dignity with which she lived her life and the legacy of faith, devotion, and leadership she leaves behind in her passing. Surely those who knew her best find themselves in a season of sadness, and our condolences are with them.

Queen Elizabeth II was born Princess Elizabeth Alexandra Mary in London in 1926 to the Duke and Duchess of York, who later became King George VI and Queen Elizabeth (the Queen Mother). She married her distant cousin Phillip Mountbatten in November 1947. Her first son, Prince Charles, was born in 1948, and her daughter, Princess Anne, was born in 1950.

At the time of her coronation in June 1953, Queen Elizabeth was but 27 years old. After becoming Queen, Elizabeth and Phillip welcomed two more sons, Prince Andrew and Prince Edward.

When Elizabeth became Queen, more than one-fourth of the world’s population was under British imperial power: approximately 700 million people across the globe, including many who lived in parts of Africa, Asia, the Middle East, and the Pacific Islands. Per NPR, during her 70 years on the throne, Queen Elizabeth II was instrumental in the modernizing of the monarchy, and her reign saw several milestones to that end.

The British Empire became the Commonwealth of Nations, and a decline in the United Kingdom‘s global influence also punctuated her reign. Her passing on September 8 drew untold numbers to mourn publicly and pay their respects. Dignitaries from nations around the world shared condolences with the Royal Family and with the Commonwealth as a whole.

Even Disney, Disney UK, and Disney+ posted a tribute to the late Queen–one that included the depiction of Winnie-the-Pooh, who is the same age as the monarch.

Rest in peace, Your Majesty 🖤 pic.twitter.com/a61oRiRpvE

But in light of her passing, some find it hard to remember Queen Elizabeth II as separate from the history of the British monarchy, and in the days since her death, conversations about the “scars of colonialism” have ensued, as memories of slavery and violence have resurfaced. In short, many simply cannot separate Queen Elizabeth, the individual, from the institution.

“There is a sense in which Britain has never fully accounted for its crimes,” Professor Ochonu explains.

During her reign, more than 20 different countries gained their independence from British rule. The Queen represents both colonized and de-colonized Britain, and Ochonu says that Queen Elizabeth was both the face of colonialism and a symbol of decolonization, which created the perception of her in some of the former British African colonies.

For the professor, personal feelings about the Queen since her passing have been a mixed bag as he was born in Nigeria 10 years before the country gained its independence from British rule. He says that in his country, many citizens still remember the atrocities faced in gaining that independence. Ochonu says there is still a “residual anger” among some Nigerians because of those atrocities, especially when they remember that Great Britain interfered in the Nigerian Civil War by secretly attempting to prevent secession efforts by the Republic of Biafra. In Kenya, thousands of rebels were sent to detention camps and tortured by the British.

For these reasons, Ochonu and others don’t feel a sense of mourning at the passing of Queen Elizabeth, despite the fact that her reign was the one that saw the modernization of the monarchy.

To others, Queen Elizabeth is the symbol of Great Britain’s refusal to take responsibility for its actions during colonial rule.
“We essentially have to respect her for her very long service, but as the monarch, she cannot be disentangled from colonization of South Asia,” Mou Banerjee, originally from India and a professor of South Asian history at the University of Wisconsin at Madison, said.
When Elizabeth became Queen, many Indians wanted her to express remorse for the dark past brought about by colonialism.

Banerjee contained by saying, “They say ‘the sun never sets on the British Empire,’ but I think it has set with the death of Queen Elizabeth. It is time that we come to terms with that history of enslavement, that history of colonization.”

Though British colonialism has a dark past that included such atrocities, it was Queen Elizabeth II who devoted herself to public service during her 21st birthday address, which was broadcast across the airwaves, even before she was Queen.

“I declare before you all that my whole life, whether it be long or short, shall be devoted to your service and the service of our great imperial family to which we all belong,” the young Princess said in her address from Cape Town, South Africa.

Her service to her people has been commended and admired by many, not the least of which is her son, now-King Charles III, who ascended the throne following the Queen’s death.

In his public address to his mother the evening before her passing, he had this to say as both a citizen of the Commonwealth and as the eldest son of the Queen:

“We think of all you have done to make the Commonwealth such an important force for good. You continue to make history . . . Your Majesty, you have been with us in our difficult times, and you bring us together to celebrate moments of pride, joy, and happiness. You have met us and talked with us. You laugh and cry with us, and, most importantly, you have been there for us, for these seventy years. You pledged to serve your whole life; you continue to deliver. That is why we are here. That is what we celebrate tonight.”

Queen Elizabeth died peacefully at Balmoral Castle in Scotland, surrounded by her family. In his public address to the Commonwealth following the passing of his mother, King Charles said, in part, “Queen Elizabeth’s was a life well-lived, a promise that destiny kept. She had a profound personal commitment that defined her whole life. She is mourned most deeply.”

And while that sentiment is not felt by all, it is certainly felt by many, if not most, in countries within the British Commonwealth, as well as many of those outside of it. Long live the legacy of Queen Elizabeth.