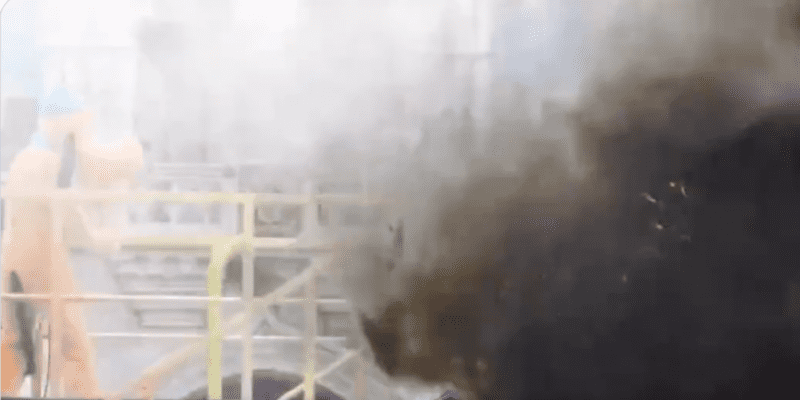 When visiting Walt Disney World Resort, Disneyland Resort, and Disney Parks all around the world, Guests are completely immersed in the magic.

They have the opportunity to ride iconic attractions, as well as enjoy plenty of other offerings, including many forms of entertainment.

From nighttime spectaculars to character cavalcades and everything in between, there are always festivities happening around Cinderella Castle at Magic Kingdom, Sleeping Beauty Castle at Disneyland Park, and all across the world for Disney Park Guests to enjoy.

At Disney World, two beloved Disney World parades take place daily at the Disney Park Festival of Fantasy, which makes its way around Magic Kingdom at both 12:00 p.m. and 3:00 p.m. each day, and Mickey’s Celebration Cavalcade, which takes place several times throughout the day.

With all these festivities, it should be no surprise that videos have been doctored throughout the years to hilariously add more than what is going on.

At Tokyo Disneyland, a fan once edited a video to look as if Minnie Mouse had traded in her wand for a flamethrower. The result was hilarious.

The video recently resurfaced and has been shared all over social media.

As you can see, the editor changed Minnie Mouse’s wand to a flamethrower. As the Disney character makes her wind up, she hilariously creates a huge explosion.

While many fans were fooled by the video when it was first released– and many more have been fooled by it being shared again– this did not actually happen in real life. This is simply a video edit that, if you didn’t know any better, would certainly look real enough.

So, don’t get too upset, Disney fans. Minnie Mouse isn’t really traveling around with a flamethrower, at least not for now.