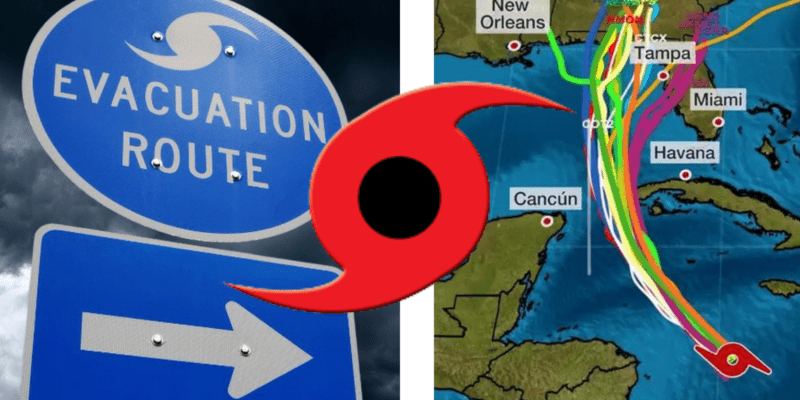 Florida residents, as well as those heading to Florida in the coming days, are being urged to pay attention to weather forecasts and announcements from law enforcement and other local authorities and officials as the state prepares for Tropical Storm Ian’s rapid intensification and landfall later this week.

Additionally, Florida Governor Ron DeSantis has added 43 counties in Florida to his State of Emergency declaration ahead of the storm, meaning that all 67 counties in the state are now included in the declaration.

Today, I extended the State of Emergency for Tropical Storm Ian to all 67 counties in Florida.

I encourage all Floridians to continue to monitor the storm and listen to local officials. https://t.co/0jNTYhtFlh

Some residents of the Sunshine State, as well as travelers currently in Florida and those planning to visit Florida this week, are making preparations and arrangements ahead of a major storm, which is currently categorized as a tropical storm, but which is expected to become a hurricane later today and gather strength thereafter.

The most current data about Tropical Storm Ian suggests the storm will intensify, becoming a hurricane later in the day on Sunday and strengthening to a Category 4 hurricane as it passes over Cuba on Tuesday. It is projected to weaken slightly before making landfall along the Gulf Coast of Florida. At this time, it is still possible for the storm to impact Central Florida and the Walt Disney World Resort area as a Category 2 hurricane. The potential for flash flooding in Florida also exists, as seen in the graphic below from the National Hurricane Center.

On Sunday morning, the storm system was located a little more than 600 miles southeast of the westernmost part of Cuba. At that time, the storm was moving west-northwest at 12 miles per hour and had maximum sustained winds of 50 miles per hour, according to the National Hurricane Center. This represents two changes in the storm–a slight decrease in speed and a shift toward the west. The slight shift to the west could bring the storm’s center of rotation more inland as it charges north toward the United States.

But a shift to the west could keep the storm in warmer Gulf waters for a longer period of time, allowing it to gather more strength. And it could keep the storm from moving over a major landmass which would have weakened it. Should these projections be accurate, these events would transpire before Ian makes its Florida landfall, though at the time of this post, it’s still too early to know for sure whether these things will happen and where the storm will make landfall along Florida’s western coast.

Current data and projections are also leading forecasters to speculate about further effects of the storm in North Carolina by Friday and Saturday, though it’s still far too early at this time to make those projections with any amount of accuracy.

Hurricanes are the subject of some of the most rapidly-evolving news content, and as such, we will continue to report updates about Ian as they become available from the National Hurricane Center.