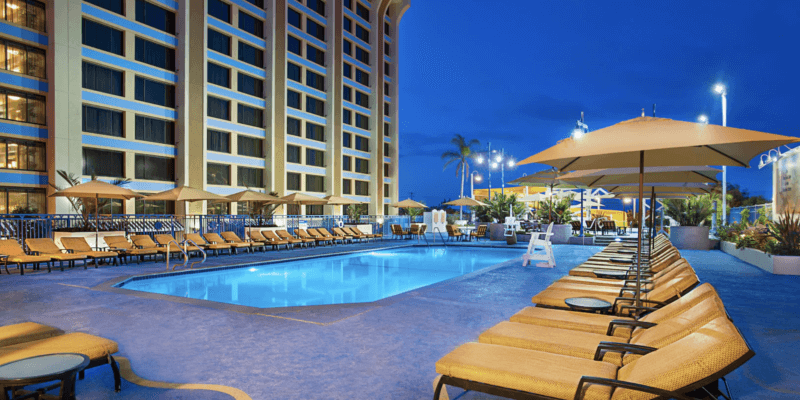 Disneyland Resort is set to undergo some major changes in the upcoming months and years. From the proposed DisneylandForward expansion to the overhaul of the Downtown Disney District, there’s a lot to look forward to if you’re a fan of Walt Disney’s original theme park property.

These changes don’t end with new rides and attractions or expansions, however, with one of the biggest projects at the Disneyland Resort being one of its iconic hotels.

Disney’s Paradise Pier hotel captures the old-time feel of California’s iconic beach boardwalks while maintaining a modern feel. The seaside theme is embraced throughout all areas of the hotel and helps Guests feel truly relaxed as they enjoy their Disneyland Resort vacation.

The Resort hotel is set to receive a major Pixar Animation Studios retheme in the near future. Per Disney Parks Blog’s official announcement:

While this project is still quite a ways away in terms of being completed, Disney is already hard at work on the retheme. Crews could be seen dismantling features and signage on the outside, as you can see below thanks to a post on Reddit:

Currently, a timeline for the retheme has not been confirmed. It has also not been revealed if the hotel will get a name change as part of its revamp. It’s worth noting that the name likely won’t change to simply “Pixar Pier” as this is already an area Guests can visit at Disney California Adventure Park.

Seaside-Inspired Accommodations
Stay in rooms that reflect the casual yet elegant beachfront pavilion hotels of the early 1920s. Sand-and-surf-themed furnishings and décor, elegant park-influenced artwork and all the modern amenities you would expect from a Disney Resort hotel make this a perfect fit for families looking for a whimsical yet restful stay.

Have you stayed at any of the hotels at Disneyland?