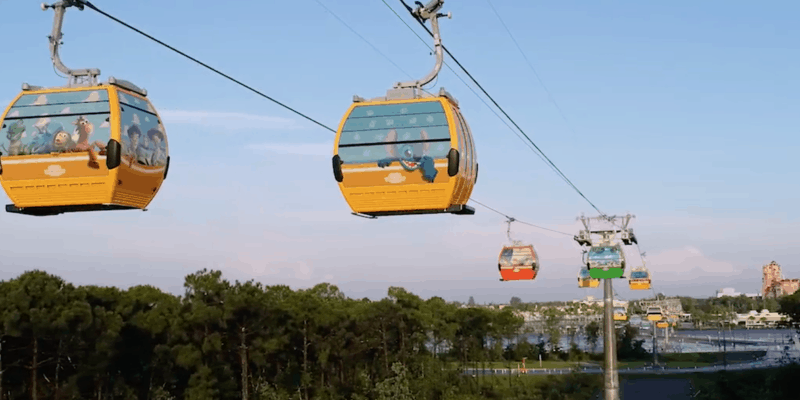 Even though Walt Disney World has welcomed a ton of amazing rides, attractions, and experiences in recent years, few additions have been more impactful than Disney’s Skyliner.

Unfortunately, due to Hurricane Ian, Disney was forced to completely shut down this amazing mode of transportation.

Disney has taken many precautions in anticipation of Hurricane Ian, closing down the tire Resort, hotels, and other experiences. We knew that the Skyliner would not be operational during this time, but the way that Disney not only protects Guests but the actual Skyliner itself is pretty incredible.

The Skyliner is looking pretty naked right now… from WaltDisneyWorld

As you can see, all of the buckets have been placed in storage so that Hurricane Ian will not damage them or derail them. This is impressive due to the fact that there are approximately 300 different gondolas connected to the track.

Comments Off on Disney’s Skyliner Closed, All Buckets Removed During Hurricane