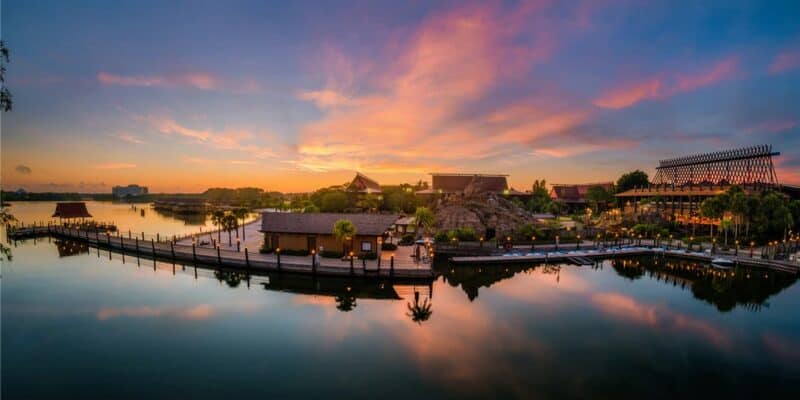 Hurricane Ian barrelled down across the state of Florida and left damage to be felt at both Walt Disney World Resort and Universal Orlando Resort.

As the theme parks are going through phased reopenings today, there have been more photos and videos to surface of damage done by the storm. Over at Universal Orlando Resort, two attractions saw notable damage, including The Incredible Hulk Coaster– which was under water— and Jurassic Park River Adventure– which saw a gaping hole in its building.

Over at Disney, the most significant damage that has been reported thus far seemingly happened at Disney’s Contemporary Resort with broken glass and a fallen panel. Still, compared to much of the other damage in the Central Florida area, these were quite minor.

However, it does seem that Hurricane Ian and its massive amount of rainfall– which measured at over a foot in Walt Disney World Resort– has caused some overflow in certain areas, including at one popular resort.

User @rebekahmarie8 shared a TikTok in which we can see the Lava Pool has flooded at Disney’s Polynesian Village Resort.

As you can see, the pool has also turned a green color from all the rain that was added to it, but Disney Cast Members will be working hard to restore the pool to its normal color and to clean up the area, especially as Disney Park Guests make their way back to the theme parks.

The Disney Parks reopened this morning, and there has been a line of Guests waiting to get in. At this point, Guests are excited to be heading back to Magic Kingdom, EPCOT, Disney’s Hollywood Studios, and Disney’s Animal Kingdom after a couple of long days inside their Disney World Resort.

Inside the Magic will continue to keep you updated on Disney hurricane reopenings, damage, and much more.